Gigantic bazaar Alibaba WILL turn share price up to 11, er, $68 for biggest IPO ever in US 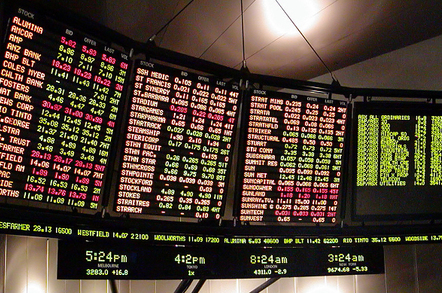 Chinese internet giant Alibaba has set the price of its shares to the max for what is shaping up to be the largest initial public offering (IPO) in US history.

The company, which operates like a mashup of eBay and Amazon in the world's most populous country, said it will begin trading on Friday at $68 per share. At that price, Alibaba expects to raise about $21.7bn from flogging 320 million shares. If underwriters choose to snap up another 48 million, it'll haul in $25bn.

That figure would be largest IPO in the history of the New York Stock Exchange and would top Facebook's $16bn high mark for a tech company. Alibaba has 279 million buyers hit its websites a month, and has set its sights on the West.

Prof Qing Wang, who researches Chinese corps at the UK's Warwick Business School, said Alibaba has fought off rivals in the Middle Kingdom to achieve an annual growth rate of more than 30 per cent, preparing it for expansion and further battles overseas.

“The strong performance and fast rise of Chinese technology companies ... is certainly helped by an enormous and fast growing domestic market, but there is more to it," noted Wang earlier today. "The competition in that domestic market among the Chinese companies, as well as with multinational corporations that have entered it, is extremely fierce."

Alibaba earlier warned the US watchdog SEC that it was considering raising its maximum asking price from $66 per share to $68. On Thursday, it confirmed each share will cost the maximum, thus potentially valuing it at $167.62bn – bigger than US web retailer Amazon's $150.1bn market cap.

If the stock-market debut goes according to plan, it'll be huge boost for Alibaba's backers, which are mainly SoftBank and Yahoo!. The web giant is understood to control about 22 per cent Alibaba and has in the past relied on its stake in the company to prop up its business stateside.

Indeed, when it goes public on Friday, Alibaba is all but certain to close at a higher price than Yahoo!'s current $42.08 clip. ®