Forget bonking, have ONE OFF THE WRIST with Barclaycard's bPay

It's positively encouraged on the London Underground 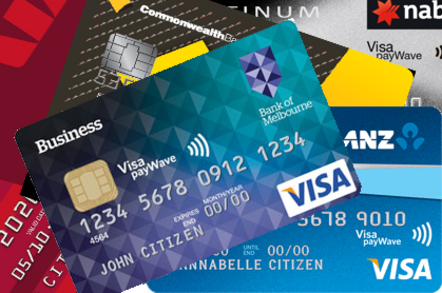 Barclaycard is trying to push consumers towards a cashless society with its contactless payment wristband, bPay.

The technology is positioned as a competitor to Google Wallet and PayPal and the Apple Pay. These NFC-based smartphone technologies are debuting in the US, whereas bPay will be available much sooner in the UK.

Barclaycard is trialling the wearable contactless wristband wallet in London. Users of bPay can load money onto the band from debit and credit cards via the bPay website before paying up to £20 per purchase on products and services such as a cup of coffee or a trip on the London Underground.

The launch in London coincides with Tuesday's rollout of contactless payments across the London transport network.

The initial roll out of bPay to 10,000 Londoners in September should give a strong indication as to its success in this market, according to Tobias Schreyer, co-founder and chief commercial officer at electronic payment processor The PPRO Group.

"bPay offers a security benefit [with Barclaycard] insisting that they are less likely to be lost or stolen than a purse / wallet, however security is still an issue with technology such as this and people need to be aware," Schreyer explained. "Customers are always searching for an easier, more efficient experience and the industry is responding to this. Alongside the ban of cash on London’s public transport systems, this change emphasises the move towards wearable cashless, and soon cardless payments."

"This is really good news for the future of mobile / contactless payments and complements already existing offerings from the likes of Cashcloud. Even though the initial roll out is minimal, retailers should anticipate that consumer uptake will be fast and will need to be ready," he added.

bPay band was trialled at the Pride in London LGBT celebration in June and the Barclaycard British Summer Time music festival in Hyde Park in July. It is expected to be made publicly available nationwide sometime next year.

There's been a healthy degree of scepticism about whether consumers will switch from making payments by bank cards and cash to contactless payments. Consumers now spend £5m a day on contactless and the number of transactions made each month “is growing 20 per cent”, according to Barclaycard. ®