Huawei: Our sales in Europe and US are TINY, admits red-faced exec 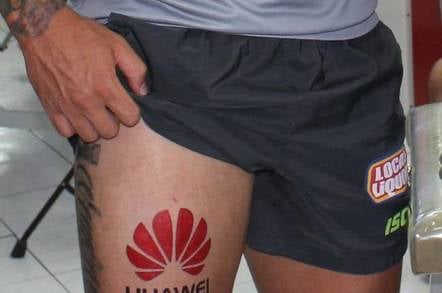 Huawei’s enterprise biz outside of China is crawling along, hampered in Europe by a slower-than-forecast recruitment of channel partners and in the US by government paranoia concerns over espionage.

The networking, server and storage kit division accounts for nine per cent of Huawei’s overall revenues of £23bn in 2013, and though it did not break out a regional split, a senior hand told El Chan sales are relatively small overseas.

“The UK and Europe will be the potential major IT markets [for us] because currently the volumes are not so big.”

It is now four years since the Chinese company launched its Enterprise wing – it grew up building networks for telco customers – but in the West, Huawei has struggled to assemble an army of channel evangelists.

A couple of years back the firm set a three to five year deadline to transact 100 per cent of its Enterprise Group revenues via channel types, and wanted 1,000 firms to act as its extended sales force on the street in Western Europe.

But according to the company’s Find A Partner portal, Huawei has 106 ‘Value-add, Silver, Gold and Authorised” businesses accredited to sell its hardware. The company was unable to provide its own numbers for the region.

Xu told us: “I think it takes time to let the channel partners accept Huawei… on the one hand our awareness among enterprises is not enough, but now we have seen more and more channel partners begin to co-operate with Huawei, especially in the China market.”

The president of partners and alliances for the Enterprise Business Group, Raymond Lau, claimed some rival vendors had used scare tactics to steer some businesses in the channel away from Huawei.

“We have to face that. Of course some competitors are scared of Huawei’s entry into the market,” Lau said. “Maybe some of them are scared by Cisco”.

Cisco CEO John Chmabers certainly has Huawei at the top of his watch list and previously accused the company of using profits in its telco division to subsidise lower prices in the Enterprise wing.

The US senate passed a bill eighteen months ago prohibiting government agencies from buying technology from companies believed to be owned, run or subsidied by the People's Republic.

To date, nothing has been proven to suggest Huawei is acting as a stooge for the powers that be in China, but ironically documents this year released by NSA whistleblower Edward Snowden claimed the agency tried to put a tap on comms between senior Huawei execs and to access its source code to install back doors.

This upset China’s politicos, with foreign ministry spokesman Hong Lei saying he was “extremely concerned” about the allegations about “eavesdropping, surveillance and stealing of secrets by the United States”.

Huawei has repeatedly said it will not install backdoors to snoop on customers, previously telling us that such a move would be 'commercial suicide'.

All this makes for a rather challenging sales pitch for the 100 channel partners that Huawei has in the US, who are trying to pay the bills by selling its kit to end-customers in the private sector.

Exec board director Xu laughed at the irony of the situation, telling us, “You pay more attention to the US market than we do.”

“The US is a big market, and therefore we will take steps to work on our enterprise business in the US.”

But Xu admitted sales volumes are currently “very small” and “not worth mentioning” and there are bigger fish to fry in Europe, “where we can add more value and make more contributions.”

Keen on attracting external investment, the British government is more open to working with the Chinese company, which is investing $1.3bn (£797.7m) in the country, including a new R&D facility in Bristol, and employs 900 locals.

Despite this, some in the UK previously voiced concerns about Huawei's links to BT and the networking infrastructure it has helped to build. ®