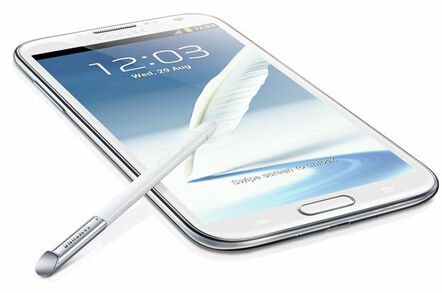 One in six human beings are set to buy a new smartphone this year, Juniper has predicted, with the sales surge driven by the availablilty of mobes which cost under a hundred quid.

It said international smartphone shipments will approach 1.2 billion this year, an increase of 19 per cent from the 985 million handsets shipped in 2013. This growth will be driven by developing markets, which are packed full of people going batty for smartphones.

The beancounters suggested that Apple and Samsung will dominate the "ultra-premium" end of the market, keeping their grubby paws on about 45 per cent of overall global sales.

But down in the tech sewers, firms making cheap economy phones costing $75-$150 and ultra-economy mobes are planning a revolution.

Juniper said: "Apple and Samsung continue to dominate the Ultra-Premium end of the market, these vendors are facing significant pressure from local players in the emerging markets.

"For example, Xiaomi, the Chinese smartphone vendor, is witnessing tremendous success in China and India as a result of its aggressive price-point offerings. These new players are beginning to build market share and achieve larger economies of scale, which eventually will enable them to expand their offering and challenge other smartphone sectors in the future.

"Additionally, Google is partnering with local vendors for its Google-One initiative to provide a unified feature set tailor-made for the low-cost smartphone market."

Juniper also predicted that Apple's monster-mobe, the 5.5-inch iPhone 6 Plus, would "change the dynamics" of the phablet market.

Juniper's report is called Smartphones ~ Emerging Push vs Maturing Pull and can be found here. ®