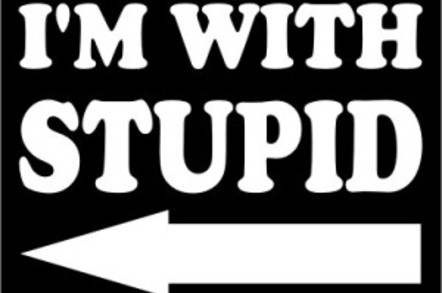 eBay went titsup earlier today, and the company is now attempting to bring its site back to life.

The online tat bazaar coughed to an unexplained technical blunder preventing an unknown number of its subscribers from accessing the site, which many buyers and sellers of used goods enjoy using in their spare time on the weekends.

eBay posted this miserable statement on its service page about 90 minutes ago:

We are aware that some users may experience problems when using the eBay Site. We are actively working on restoring the issue and apologize for any inconvenience caused.

But plenty of folk were still complaining that they were unable to access the site, at time of writing.

Down Detector noted a spike in gripes about eBay's down and out status earlier this afternoon. Most of those moans appeared to relate to login gaffes with the online marketplace.

When it's up, it's up and when it's down, it's down which is what it is now? #ebaydown a bit too frequently.

I think sellers need compensation, or at the very least auctions extended - we're losing money by ebay being down #ebaydown

And eBay, which owns PayPal, offered up this tweet to its long-suffering users.

Current technical issues are affecting some users’ ability to contact customer service. Working to get this resolved asap.

Reg reader, Tim Walsh, who tipped us off about eBay's latest sitdown, said that he'd seen some reports from users suggesting that the service had been titsup for roughly five hours. It's slowly coming back to life, apparently, but there are still big problems with user logins.

"My login is OK to eBay but PayPal just gives a loading screen after [the] password [is entered]," he said.

The latest outage at the online tat bazaar is the second major disruption to have occurred on the site this month. ®