Want to car pool commerically? Get a license 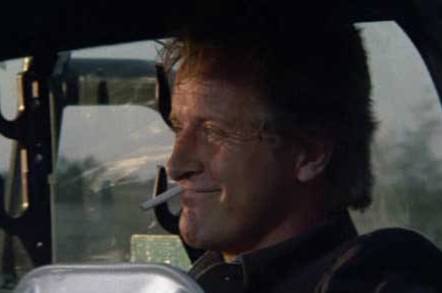 The California Public Utilities Commission (CPUC) has warned Lyft, Sidecar, and Uber that their ride-sharing services are technically illegal under the state's licensing laws.

All three companies are piloting schemes whereby users can sign up to share a ride to a location and get charged a reduced fee by the driver. But the CPUC has sent out letters warning the upstarts that this is illegal under California statutes, which require special licensing for services that charge individuals on the same ride separate fees.

This ride-sharing model is slightly different to Uber et al's modus operandi: typically, you use an app to hire a driver for a particular journey. Ride sharing involves passengers hitching a ride with a driver going to the same place, which is handy for getting through car-pool lanes to work.

"The Commission lacks the flexibility to allow a transportation service that is contrary to the statute as approved by the Legislature," said Denise Tyrell, director of the safety and enforcement division in her letter [PDF] to Uber that emerged today.

"If Uber believes that §5401 is outdated," Tyrell continued, referring to the section of the California Public Utilities code governing fees for transportation, "it may petition the Legislature for a modification. Unless and until the Legislature modifies §5401, the Commission must enforce state law."

Ride-sharing is actually quite common in California, particularly in the sprawling but densely populated Bay Area. Every weekday you can see lines of people waiting to share rides with people going into the city, usually for just a couple of bucks "donated" to the driver.

But if you're going to make a business out of such services, California lawmakers want to get involved, and the letters to Lyft, Sidecar, and Uber will put a serious crimp in the three companies' plans to expand their contract taxi services into the ride-sharing arena.

That said, car-sharing could do an awful lot to cut down traffic on California's congested highways. A study this month published in the Proceedings of the National Academies of Sciences by researchers at MIT, Cornell University, and the Italian National Research Council's Institute for Informatics and Telematics show ride sharing could cut travel times by 40 per cent.

"Nobody should ever be forced to share a vehicle," said Carlo Ratti, professor of the practice in MIT's Department of Urban Studies and Planning (DUSP) and one of the paper's coauthors.

"However, our research shows what would happen if people have sharing as an option. This is more than a theoretical exercise, with services such as Uber Pool bringing these ideas into practice."

Uber did not respond to a request for comment. ®