The U in U2 stands for Unwanted 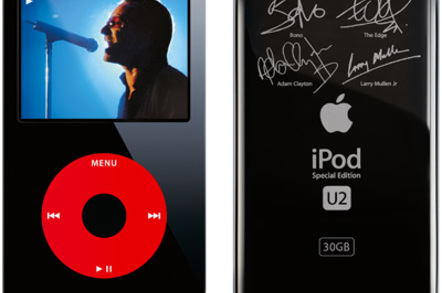 Comment Apple's decision to push a new album by Irish boy band U2 into the iCloud libraries of millions isn't just egregious. It arguably plays into the hands of scammers.

Without warning, the iPhone maker emitted Songs of Innocence with all the haste of a critical security update after the group's appearance at its Apple Watch and iPhone 6 launch on Tuesday.

Youtube video from the end of the Apple iDay

As well as confusing those not closely following the event, the appearance of unrequested tracks in people's purchased folders seems to have coincided with changes to the settings on devices.

"While shuffling I started playing a U2 song it downloaded it to my device despite having 'automatic download Music' disabled," noted John Graham-Cumming. The programmer and computer historian reacted angrily to Apple's U2 push: "Apple: take this fucking U2 album off my iPhone, NOW. I do not want it, I did not ask for it, it takes up space, it's my device. Go to hell," he said.

In many ways, the offer is like audio spam or "rock-and-roll dystopian junk mail" as some have dubbed it. Some have found humor in the "release" by referencing it to previous missteps in Apple's delivery of technology.

"Apple's collaboration with U2 extends all the way back to the iOS 6 launch of their Maps product, where the streets have no name," joked software developer Graham Lee.

Some have said that the offer would have been more palatable if a band with more "street cred" had been promoted.

But that's not really the point. Days before the U2 push, crooks were spamming fake Apple emails accusing marks of buying the film Lane Splitter on a computer or device that hadn’t previously been linked to their Apple ID. In reality it's not an Apple purchase notification, it's an attempt to trick users into handing over their Apple ID usernames and passwords to a phishing site, as Symantec details. The scam messages are distributed by the Kelihos botnet.

With Apple randomly messing with the contents of people's iTunes cloud libraries, this sort of email alert looks plausible: I just got a free album, maybe I just got a free film, victims may wonder. Celebrities had their private nude images spilled from their Apple iCloud accounts – have I been hacked too, others will ask when faced with an email notifying them of an unexpected purchase.

Was it a great idea to put unsolicited stuff on people’s iPhones a few days after a celebrity photo data leak scandal on iCloud? Yes it was.

Apple has struck a bum note, but users can get rid of the soft rock spam: illustrated instructions on how to delete Bono's free tracks can be found here. ®