Apple Pay is a tidy payday for Apple with 0.15% cut, sources say

Cupertino slurps 15 cents from every $100 purchase 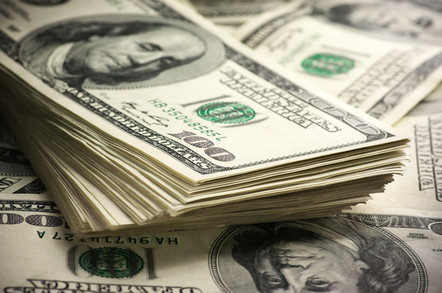 Banks and credit card providers are paying a hefty price to be part of Apple's new Pay system, unveiled by boss Tim Cook earlier this week.

According to the Financial Times, which cited two people familiar with the terms inked between Cupertino and interested parties, 15 cents of a $100 purchase will be pocketed by Apple.

As the pink'un rightly noted, that agreement is "unprecedented" and gifts Apple with a deal that even ad kingpin Google has failed to tie-up with financial institutions.

Apparently, Apple was able to scoop up the 0.15 per cent cut because - for now, at least - the Pay model "still puts us at the centre of payments," an unnamed bank exec told the FT.

On Tuesday, Apple confirmed that its new Watch and iPhone 6 models would enable contactless payments via NFC "near-field communication" tech. That decision received a broadly positive reaction from security bods and payment-processing vendors.

Apple said it wouldn't access any payment data, so the transaction would take place between a user, bank and retailer. ®