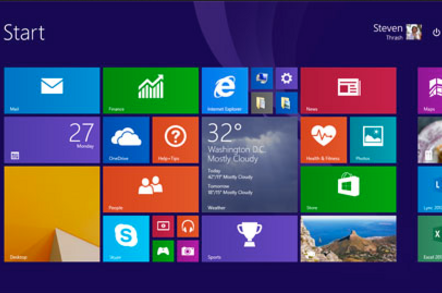 Don’t want that preinstalled Microsoft Windows on your new Italian laptop? You’re entitled to your money back, according to Italy’s High Court.

In a ruling on Thursday, judges described the practice of only selling PCs with a non-free operating system as “a commercial policy of forced distribution”. They said bundling forces people into using additional non-free applications due to compatibility and interoperability issues, whether they wanted these programs or not.

In the case in question, HP was ordered to repay a customer in Florence €140 for the Windows license that he did not want. Obviously, Microsoft's contracts with retailers and manufacturers vary, so if you’re thinking of taking the same legal action and extracting a refund, remember the payout could be different. However, the case does set a precedent.

The Free Software Foundation Europe (FSFE) welcomed the decision against the so-called "Windows tax", although the ruling would apply to any pre-installed commercial software.

“This decision is both welcome and long overdue,” said Karsten Gerloff, FSFE president. “No vendor should be allowed to cram non-free software down the throats of users. We hope that the Italian authorities will turn this ruling into a real win for consumers, and actively discourage the bundling of software and hardware, as well as taking practical steps to ensure computer buyers can choose their device with any operating system they want, or none.”

The FSFS warns users who want to opt out of bundled software not to start Microsoft Windows. “If you've booted into Windows once and hit the 'accept' button at the end of the Microsoft Windows end-user licence agreement (EULA), you're disqualified,” said Gerloff.

In the old days, there was a “reject” option in the EULA, so if you were really thorough, you could photograph yourself in the process of saying “no.” But that is no longer the case, which is why the courts have become involved.

However the EULA still reads: “If you do not accept [these terms], do not use the software. Instead, contact the manufacturer or installer to determine its return policy. You must comply with that policy, which might limit your rights or require you to return the entire system on which the software is installed.”

As yet, there is no clear indication of the ruling's practical effects, in terms of how companies will check whether pre-installed software was deleted unused, but Gerloff advises customers not to open or break the seal on any software packet and to enquire as quickly as possible from the manufacturer how to return disks or any other software items.

Microsoft had not responded to a request for comment at time of writing. We've mirrored a copy of the ruling, in Italian, here. [PDF] ®