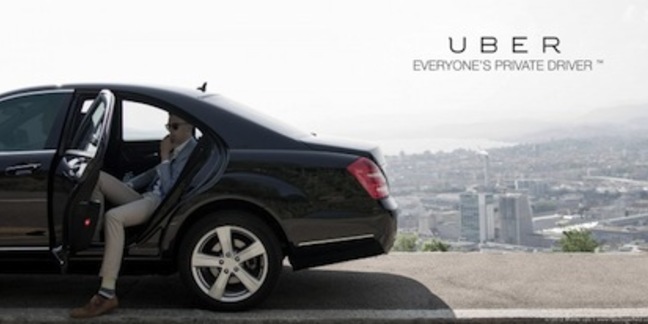 Taxi hire biz Uber is being sued in northern California for allegedly violating the civil rights of blind people.

A complaint filed by the National Federation of the Blind alleges that blind passengers who ordered Uber X taxi rides in the US state were illegally discriminated against or mistreated by the firm's drivers.

According to the suit, filed in a US district court this week, three members of the federation were denied service by cabbies who did not want to transport their guide dogs. Drivers refused to allow the blind passengers in the car even after confirming rides with the service, they claim. Multiple such incidents are alleged.

The issues have also been reported by passengers in other states.

"UberX drivers across the United States are likewise refusing to transport blind individuals, including identified UberX drivers who repeatedly denied rides to one blind woman on twelve separate occasions, charged blind riders cancellation fees, and abandoned blind travelers in extreme weather, all because of guide dogs," the filing [PDF] claims.

Most disturbingly, the suit alleges that the drivers also mistreat the service animals of blind passengers. The report claims one passenger had her dog forced into the trunk of a car, and the driver refused to pull over when the passenger objected. Another claims that a guide dog was nearly run over and a passenger struck with an open car door when a driver sped off after refusing a ride.

According to the Federation, by refusing to transport passengers with service animals, Uber X drivers are violating provisions in the Americans with Disabilities Act (ADA).

"Uber is violating basic equal access requirements under both the ADA and state law by failing to implement policies and procedures that would prevent or reduce discrimination against blind riders committed by UberX drivers," the suit claims.

"Because Uber closely monitors and tightly controls interactions between UberX drivers and its customers, Uber can adopt and enforce policies and procedures that would prevent or reduce discrimination against blind individuals with service animals, including members of Plaintiff NFB of California."

Uber did not return a request for comment on the suit.

Such allegations won't win Uber any favor in its ongoing battle with governments to operate alongside conventional taxi services. The app maker is already facing a ban in Germany and a legal challenge in London over the legality of its service.

The last thing the company would appear to need right now is for its drivers to be portrayed as discriminatory and abusive to service animals. ®