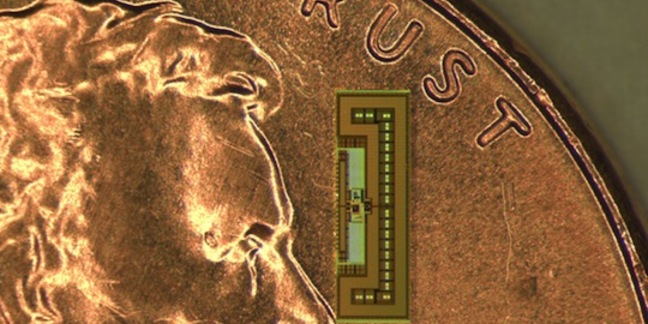 Electronics boffins at Stanford University are putting their mark on the Internet of Things by way of a tiny radio-plus-computer that uses scavenged radio signals for its power.

Instead of shrinking discrete components and patching them together, the Stanford team set out to create a single silicon component that integrates everything needed to connect a sensor: computing, a communication stack, a radio and an antenna.

That, the university says, delivers an ant-sized component “a few millimetres across”.

The boffins have also implemented power-harvesting capability onto the chip, so it can be woken up and given enough juice to communicate by a radio signal. As assistant professor of electrical engineering Armin Arbabian explains, the device will wake up, receive a signal, run a computation and send its reply on narrow 60GHz pulses – all using the power it receives via radio waves.

What the group is most pleased about, however, is the single all-silicon design, which means hundreds of the units could be fabricated on a wafer using standard processes, meaning the tiny radios could be produced for “pennies” per device. 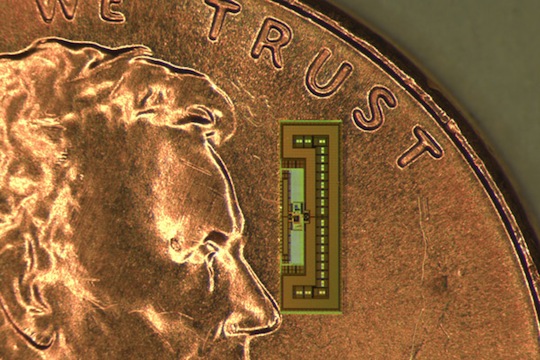 That in turn means they could be deployed large numbers, and cheaply integrated into other devices such as lightbulbs. STMicroelectronics has already produced runs of hundreds of the radio-on-a-chip devices as a proof of concept both of operation and cost. ®