SAN-free, NAS-free? Scottish PHDs lift kilt on how they'll pull storage out of the aether 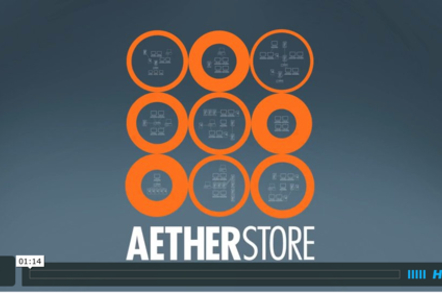 Interview Two years back, The Reg took a look at a New York startup developing a tech it claimed would change the storage game for networked workstation shops that don't want to buy a SAN or filer. Now the three graduates of Scotland's University of St Andrews who run AetherStore say they are nearing product delivery.

The product provides shared storage in a network of peer-to-peer workstations, using their spare disk capacity.

We asked founder and CEO Robert MacInnis some questions.

El Reg: What has happened with the product, which now, with VMware's recently announced VSAN and EVO: RAIL is in a populated product and marketing area?

Robert MacInnis (RM): As is the usual response to large competitors entering a space, I view the developments in VSAN and, to an exciting extent, EVO:RAIL, as validating our hypothesis that storage provisioning can be simpler, less time-consuming, and much less expensive. VSAN approaches this, and I think AetherStore nails it.

El Reg: What has happened with the product as it is has been developed and how will it compare to, say, HP's StoreVirtual, VMware's VSAN and other virtual SAN ideas?

RM: AetherStore's key benefits are very similar to VSAN: software-defined storage over commodity hardware; supremely scalable - both up (bigger disks) and out (more nodes); simple to use; automated management.

As expected, AetherStore also presents functionality very similar to VSAN, but at the operating system level rather than the hypervisor level. This makes AetherStore incredibly useful in heterogeneous environments composed of both physical and virtual machines.

El Reg: What are its pros and cons compared to these products?

Pros: Pooling the storage resources of 100 machines with AetherStore will cost you less than $500. There is no other product on the market with the functionality and feature set of AetherStore at anywhere near that price. Not by a mile.

AetherStore provides high-availability storage that requires very little time to manage. Data is automatically deduplicated and replicated between nodes. If nodes fail or leave the network the replica levels are built back up automatically, with no need for intervention.

AetherStore really can run over commodity hardware – everything from laptops to high-end servers. From this flexibility come a wide variety of use cases and many new, very exciting applications of the technology: from low RPO/RTO onsite disaster recovery to radiological imaging backups to scalable (and un-stealable) storage for the developing world, we’ve got some incredibly exciting products ahead – all based on our core AetherStore technology.

AetherStore is software. It's two downloads: a node installer (for the computers with spare storage) and a dashboard installer (for the administrator). If you can't get a multi-terabyte storage system up & running in 15 minutes you've done something wrong.

Unlike VSAN, AetherStore isn’t tightly coupled to any single technology stack. AetherStore can be installed not only on Windows workstations and servers, but also in VMware and Hyper-V virtual machines. Through the AetherStore Administrator Dashboard, you can create a Store and mount it as a drive on a Windows XP box, a Server 2008 R2 machine, a VMware vm and a Hyper-V vm, all at the same time, and all with just a few clicks. This is what software-defined storage is supposed to be like. 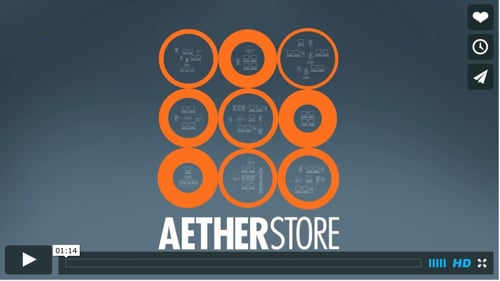 El Reg: Is it still a SAN and NAS-free product?

El Reg: How does this manifest itself from the point of view of users needing access to data on storage devices?

RM: All data is written and accessed through a filesystem interface, presented to users as a mounted drive. The Administrator Dashboard is used to mount and unmount drives on a user machine at the touch of a button. For ActiveDirectory environments, user credentials determine which drives are mounted. An administrator sets the access rights using the Administrative Dashboard.

El Reg: Does it support flash storage as well as disk?

El Reg: How does it compare to physical and virtual SANs and NAS for data access from VMware, and, given it'll be a Windows product at first, Hyper-V?

RM: Physical and virtual SANs and NAS are typically configured centrally using the technology-specific VM-management tool. VMware’s VSAN is a bit different in that it enables storage resource configurations to be specified at the granularity of the VM, meaning that storage requests from different VMs may be handled differently depending on their specified storage policy (we think this is pretty cool, and you can actually do this with AetherStore too). Because AetherStore integrates at the OS level, it does not require any interaction with VM-management and configuration tools: you simply download and install it like any other piece of software. It’s really that easy.

Check out the AetherStore website here. The product, according to the FAQ, will initially support Windows workstation or server hosts, and up to 25 of them. Get a User Guide here (PDF). ®

Wants to hang on to sales dominance