Beancounter reckons dabs-scanning tech is the next big moneypit 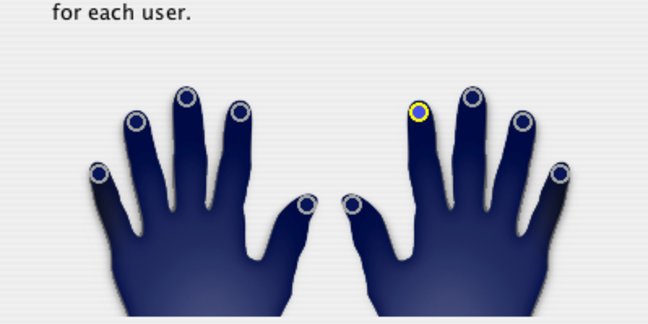 Tech firms are set to experience a biometric bonanza - as long as they can persuade ordinary folk to give up worrying about their privacy.

That's the claim in a briefing note from “growth consulting firm” Frost & Sullivan, which suggested the number of smartphones equipped with biometric gubbins will soar from 43 million to 471 million by 2017.

“Due to existing hardware capabilities across devices, most of the growth is expected from facial and voice authentication technologies,” said Frost & Sullivan ICT Global Programme Director Jean-Noël Georges.

“While the uptake of biometric technologies will get a boost from the proliferation of new devices with fingerprint authentication capability, their acceptance will be tepid until the market develops more sophisticated and accurate authentication software.”

However, not all firms are jumping on the bio-bandwagon. Apple has already been criticised for failing to introduce proper biometric security in its bonk-to-pay system, instead relying on near-field communication technology (NFC), along with its Passbook app and Touch ID fingerprint reader.

Europeans (which includes us here in Blighty) have particular privacy concerns which could hamper the adoption of biometrics.

“Biometrics solution providers should have a regional strategy in order to specifically adapt the product or service to local privacy rules,” added Georges. “A respect for global standards, or at least a common set of rules, will have a strong impact on their uptake all over the world.”