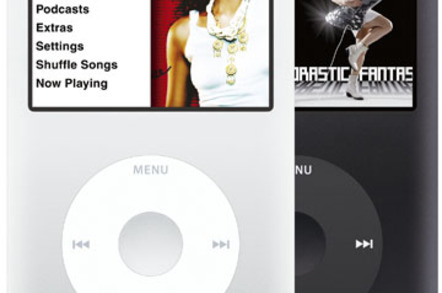 Amid all the colour and movement generated by Tuesday's launch of new iPhones and the Apple Watch, Cupertino looks to have quietly killed the iPod Classic.

A visit to www.apple.com/ipod/ or its national variants reveals a range of iPods that includes the iPod Shuffle, Nano and Touch, plus the Apple TV. But there's no mention of the Classic on Apple's USA, UK, Canadian, Australian, Russian, Korean, Japanese or New Zealand web sites.

Nor does the device appear in the Apple Online Store.

But the Classic is listed in this page detailing what Apple calls “Vintage and obsolete products”.

The most recent iPod Classic offered 160GB of storage, rather more than the 64GB iPod Touch that is now Apple's most-capacious music player. Plenty of folks have full iPod classics and will need multiple iPod Touches to replace them when, as is inevitable, their hard drives start making nasty sounds.

Apple is of course silent on the reason for the device's demise, but at a guess the advent of music streaming services simply made devices that allow music hoarding less necessary. Maintaining a large music library looks a lot less attractive when Spotify, rdio, Pandora or Apple's own iTunes Radio and Beats Music put millions of songs a couple of clicks away.

Obituaries for the device may therefore come to the conclusion the iPod was killed by the cloud. It won't be the last device or service to suffer that fate. ®