NHS grows a NoSQL backbone and rips out its Oracle Spine 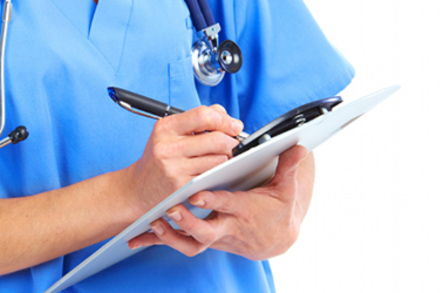 The NHS has ripped the Oracle backbone from a national patient database system and inserted NoSQL running on an open-source stack.

Spine2 has gone live following successful redevelopment including redeployment on new, x86 hardware. The project to replace Spine1 had been running for three years with Spine2 now undergoing a 45-day monitoring period.

Spine is the NHS’s main secure patient database and messaging platform, spanning a vast estate of blades and SANs.

It logs the non-clinical information on 80 million people in Britain – holding data on everything from prescriptions and payments to allergies.

Spine is also a messaging hub, serving electronic communications between 20,000 applications that include the Electronic Prescription Service and Summary Care Record. It processes nearly 1,300 complex messages a second.

Spine1 had run on Oracle under an out-sourced contract managed by telecoms giant BT.

Spine1 had to change to respond to the changing needs of the NHS, says the Health and Social Care Information Center (HSCIC) - the NHS organisation running the system. HSCIC believes open source and NoSQL will be easier to live with.

The agency plans to take ongoing changes to Spine2 based on user feedback, with a new self-service portal and introduction of an app to help protect children identified as at risk in the works for the next 12 months.

HSCIC also hopes local users of the system will now be in a better position to fix problems.

Spine1 has been completely rebuilt and Oracle’s relational database jettisoned for a NoSQL distributed system called Riak, from Basho.

Other open-source elements in the stack are Redis, Nginx, Tornado and RabitMQ while Splunk has been used for logging and reporting.

The open source participants in the Spine2 operation were named in October 2013. Open source is a major departure for a government saturated by proprietary code from expensive heavy hitters such as Oracle.

The Spine2 contract was awarded under the Cabinet Office’s G-Cloud framework, which encourages government types to buy from small providers like Basho.

One reason is to help the British government cut the amount it spends on IT, buying expensive systems from tech’s big boys like Oracle.

Cost savings from dumping Oracle will come through not paying an Oracle license a maintenance fee and by consolidating the hardware.

Basho claimed Riak is up to two times cheaper than Oracle while the infrastructure will cost five per cent that of the old setup, as various blades and SANs are gone. Also cut from the cost is BT, as HSCIC has whipped management of Spine2 back in house with on-going development. A new architecture uses 106 x86 servers for Riak and local storage.

Bigger and riskier, however, is the HSCIC’s decision to completely jettison relational for NoSQL in the process of throwing out Oracle.

Relational and SQL are the bread-and-butter data storage mediums for the industry as a whole and enterprise loads in particular - loads such as those stuffed into massive, mission-critical systems like Spine.

Incredibly rare, too, is a rip-and-replace project such as this; typically, those already with Oracle phase in the new stuff on new projects or at greenfield sites.

Basho’s European managing director Stuart McCaul reckoned HSCIC has got around NoSQL through a combination of hiring new and re-training existing sys admins.

“The NHS has had at least three years to skill up internally with developers and for ops people, to prepare to take on the new database technology,” he told The Reg.

The switch from relational hadn’t been too hard because Riak is a key-value store, which made modeling relatively easy. Key value-stores are relatively simple database management systems that store just pairs of keys and values.

McCaul reckoned, too, migration of data had been made possible because the structure of patient records lent themselves to Riak’s key-value model. ®