No, wait, we mean that we did better work than our brilliant performance in Melton 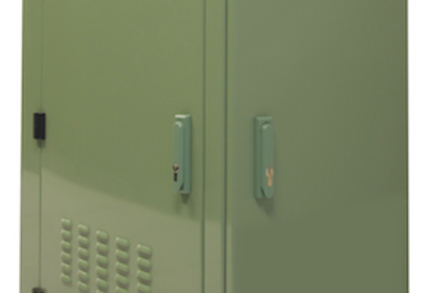 NBN Co has issued a press statement assuring media that in spite of what looked like a favourable assessment of its fibre-to-the-premises rollout procedures, things really were dreadful until the new government commissioned the Strategic Review.

Or perhaps things weren't dreadful, but they're really, truly, definitely better now, trust us. Or something.

The to-and-fro began when Fairfax Media outlets reported, late last week, results of a fiber-to-the-premises rollout from the Victorian town of Melton. Its report, based on a leaked document, that revisions to technology and processes were yielding better rollout performance.

Fairfax reported that under previous CEO Mike Quigley, the company undertook a study in Melton in which it tried new technologies, revised rollout procedures, better contractor management, and a reduction in the number of visits to households.

As a result, the internal document asserted, it took only 104 days to rollout Melton, “compared with an average of 344 days in other areas”.

The allegation that new technology and a review of business processes led to better performance has outraged NBN Co. The network builder has issued a press release taking issue with the Fairfax article.

“This 'study', the reporter informed us, purported to show that the old all-fibre NBN could be rolled out in its entirety much sooner and far less expensively than had previously been envisaged,” NBN Co's media statement says. “The implication of all this was that, if this study was true, then it was unnecessary to have to transition the NBN to the multi-technology mix.”

Which is, of course, utter nonsense: “So the claims being made in the Fairfax report – and extrapolated out to the entire NBN project – are based on work in a single area that is atypical and which is employing construction methods that are not unique, they are already widely in use. It also required more oversight and more resources than usual to make it a 'success'.”

Even worse, Fairfax is accused of ignoring other successful rollout locations: “our construction crews tell us there have been rollouts elsewhere in Victoria which cost less per premises [than in Melton – El Reg] and which have had fewer design variations”.

Confused? So are we: in trying to refute the Fairfax story, NBN Co seems to be saying that its main point – that iterative implementations created efficiencies along the way – is entirely accurate.

The NBN Co release ends thus: “The absence of continual business reviews to drive efficiencies should call for headlines, rather than the implementation of such.”

Since the company has developed a thin skin regarding the accuracy of media reports, The Register will leave it to our erstwhile commentards to decide whether or not this is a swipe at the previous management. ®

Mulls rewrite to wholesale service standards to give punters some leverage