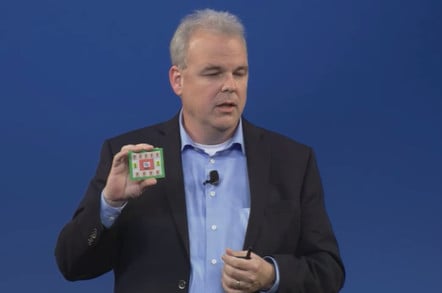 HP reckons this software-designed fad sweeping the storage world is just a swing of the fashion pendulum and we'll go back to hardware soon enough.

Commodity public clouds haven't attracted much enterprise work and HP's Helion is well-placed for that.

Martin Fink, the company's chief technology officer, presented HP's views at an investor conference last week and analyst haus Stifel Nicolaus' Aaron Rakers noted down what he said. In highlight form this was:

NetApp CEO Tom Georgens is singing off an anti-AWS/Google/Azure hymn sheet too when he talked at an investor conference last week. He said such cloud services were two to three times more expensive than self-built enterprise IT systems for mission-and business-critical workloads that depend on high performance and bandwidth.

He emphasised that security and manageability concerns mean running these workloads in enterprise data centres is better than moving them up to the public cloud. These are non-economic reasons for locating them in the data centre. The public cloud is insecure and hard to manage – which, presumably, means Helion too.®