Now we've had all THAT TRAFFIC, we 'deplore' this theft 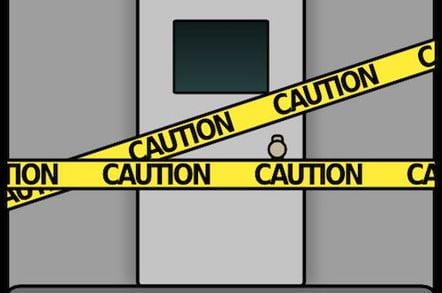 Reddit has finally yanked a page abuzz with private celebrity nude pics that were leaked via anarchic message board 4chan late last Sunday.

But, privacy-concious readers who think Reddit banned the page out of respect for the individuals caught up in the saga should think again. The company actually barred access to the subreddit because users were separately violating the site's rules.

In a blog post entitled "Every Man Is Responsible For His Own Soul", Reddit explained that it upheld "the ideal of free speech" and said that its users had "the right to choose between right and wrong, good and evil". It added:

Later, Reddit was forced to update its missive after TheFappening subreddit was banned.

The firm said that it "will not ban questionable subreddits, of which /r/TheFappening is one of them."

"What happened is that we wrote the blog post, and at approximately the same time, activity in that subreddit starting violating other rules we have which do trigger a ban, so we banned it," Reddit said.

"Those two events occurring together have created great confusion. That is: we put up a blog post explaining why we don't ban things for reason X (which some people want us to, but we will not), but at the same time behaviour in a subreddit started violating reason Y (a pre-existing and valid rule for which we do ban things) and we banned it, resulting in much confusion."

Meanwhile, a sysadmin wrote in a longer explanation that he was "fucking exhausted" by the private photos scandal, which included explicit, underage images of Olympic star McKayla Maroney being leaked onto the interwebs.

A very shitty thing happened this past Sunday. A number of very private and personal photos were stolen and spread across the internet. The fact that these photos belonged to celebrities increased the interest in them by orders of magnitude, but that in no way means they were any less harmful or deplorable. If the same thing had happened to anyone you hold dear, it'd make you sick to your stomach with grief and anger.

When the photos went out, they inevitably got linked to on Reddit. As more people became aware of them, we started getting a huge amount of traffic, which broke the site in several ways.

That same afternoon, we held an internal emergency meeting to figure out what we were going to do about this situation. Things were going pretty crazy in the moment, with many folks out for the weekend, and the site struggling to stay afloat.

Reddit was then having to deal with the fact that the amount of traffic hitting the site was breaking it in different ways, he added.

DMCA and takedown notices were being submitted to Reddit, as the owners of the photos made the futile attempt to stop the interwebs from seeing all that Hollywood flesh.

He reminded the community that Reddit does not allow photos of child abuse or images of sexualised kids to be posted on its pages. "If you disagree with that stance, and believe Reddit cannot draw that line while also being a platform, I'd encourage you to leave," the sysadmin said.

He confessed that Reddit "hit new traffic milestones" during the past week that he was too "ashamed to share publicly."

Internally, Reddit staff were battling with the company's own approach to free speech, given what the sysadmin said was a "flagrant violation of privacy", but eventually they settled on leaving the responsibility up to its users.

Finally, the sysadmin got to the nitty gritty about why TheFappening subreddit was banned.

The answer is probably not satisfying, but it's the truth, and the only answer we've got. The situation we had in our hands was the following: These subreddits were of course the focal point for the sharing of these stolen photos. The images which were DMCA'd were continually being reposted constantly on the subreddit.

We would takedown images (thumbnails) in response to those DMCAs, but it quickly devolved into a game of whack-a-mole. We'd execute a takedown, someone would adjust, reupload, and then repeat. This same practice was occurring with the underage photos, requiring our constant intervention. The mods were doing their best to keep things under control and in line with the site rules, but problems were still constantly overflowing back to us.

So Reddit killed it to, y'know, save the front page of internet. ®