Still far too many of them being struck by US ships, mind 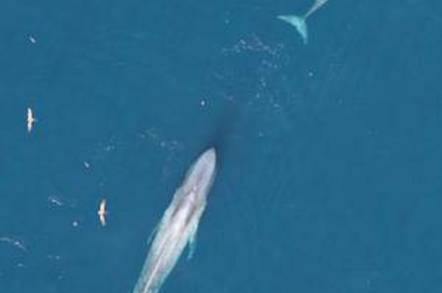 Scientists say the California blue whale population has rebounded to near historical levels, chalking up a win for conservation.

The big bellowing beasts of the ocean, which weigh in as adults at 190 tons and measure nearly 100 feet long, have done a decent job of recovering from whaling, according to a scientific study published in the journal Marine Mammal Science, penned by lead author Cole Monnahan – a University of Washington doctoral student in ecology.

Blue whales, as a species, have been hunted to near extinction by whalers. They are the largest animals on Earth and are understood to weigh twice as much as the biggest dinosaur ever to have walked the planet: Argentinosaurus.

But they face constant threats from whalers, which goes some way to explain why their population has dwindled so dramatically.

Researchers said that the number of California blue whales now stood at 2,200. Based on a model in the study, co-authored by the University of Washington's aquatic and fisheries prof André Punt and assistant prof Trevor Branch, that number hit roughly 97 per cent of the historical level.

Branch, along with other boffins, published a separate paper in the learned journal PLOS ONE earlier in the summer, which appeared to show that 3,400 California blue whales had been caught between 1905 and 1971.

"Considering the 3,400 caught in comparison to the 346,000 caught near Antarctica gives an idea how much smaller the population of California blue whales was likely to have been," Branch noted.

Scientists used acoustic data published in PLOS ONE to work out what they believed were two populations of blue whale (the other understood to be in western Northern Pacific near Japan and Russia).

This information allowed them to model the size of the California blue whale population by matching them with whaling catches in the region.

It's likely, research groups have said, that 11 blue whales are struck by ships along the US West Coast each year. An uncomfortable figure above the "potential biological removal" of 3.1 whales annually allowed by the US Marine Mammal Protection Act. 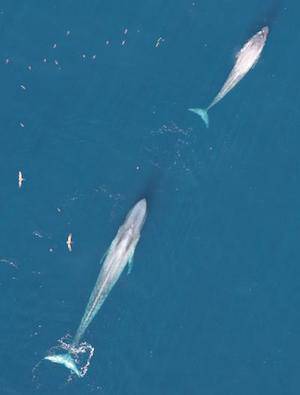 Despite that, the paper in Marine Mammal Science found that an 11-fold increase in vessels hitting blue whales could be deemed reasonable before there is a 50 per cent chance that the population would fall below the "depleted" level, according to US regulators.

"Even accepting our results that the current level of ship strikes is not going to cause overall population declines, there is still going to be ongoing concern that we don't want these whales killed by ships," said Branch.

He added that the California blue whale population had reached the capacity of what the system could take.

Our findings aren't meant to deprive California blue whales of protections that they need going forward.

California blue whales are recovering because we took actions to stop catches and start monitoring. If we hadn't, the population might have been pushed to near extinction – an unfortunate fate suffered by other blue whale populations.

It's a conservation success story.