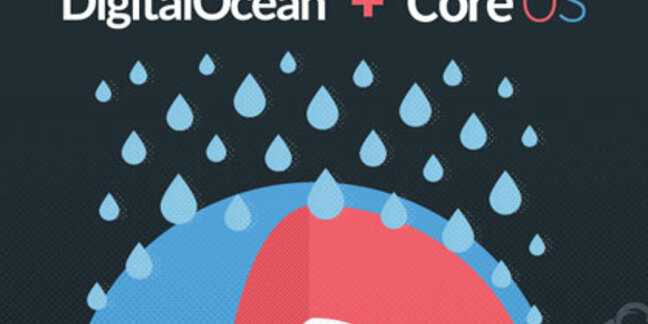 The company says it built the new images in partnership with the CoreOS development team, which will also be providing its CoreOS Managed Linux as an OS-as-a-Service on DigitalOcean's cloud.

"There is a lot of community excitement for CoreOS," DigitalOcean cofounder Mitch Wainer said in an email. "We're pleased to announce that developers can begin using CoreOS immediately, ensuring the resiliency of their architecture, as their ability to scale at massive levels increases."

CoreOS is a minimal Linux distro that's based on a modified version of Google's Chrome OS, with distributed data-storage and system-management tools added on top. Applications are deployed on CoreOS exclusively as Docker containers, and the OS itself it updated routinely and automatically, like a web browser.

With Friday's announcement, the platform joins CentOS, Debian, Fedora, and Ubuntu among the platforms available for deployment on DigitalOcean.

A few other cloud providers have already pledged support for the OS, including Amazon Web Services, Google Compute Engine, and Rackspace.

For now, DigitalOcean is only supporting an Alpha release of CoreOS, version 429.0.0. That will change over the coming weeks as this release is transitioned to Beta and finally Stable, at which point DigitalOcean will offer its customers all three channels on an ongoing basis.

"This integration with the alpha channel version on DO provides an easy and quick way for web and mobile developers interested in working with Docker to deploy applications and experiment with containers," the company wrote in a blog post.

To be sure, work on CoreOS is progressing rapidly; the company only announced its first Stable channel release in July.

Pricing for CoreOS images on DigitalOcean is the same as for other operating systems, starting at $5 per month for 512MB of RAM, one CPU, a 20GB solid-state drive, and 1TB of network transfer. The company offers a 99.99 per cent uptime service-level agreement and has servers hosted in Amsterdam, London, New York, San Francisco, and Singapore.

DigitalOcean has published a series of how-to articles to help customers get started with CoreOS. ®