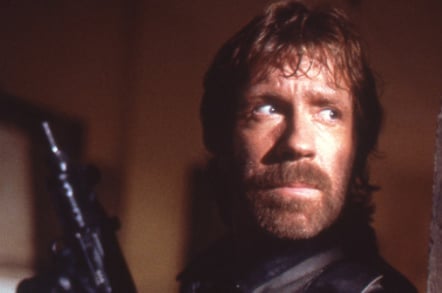 As will be apparent, much effort and data bigness has gone into making sure we know what the actual question is. Anyone acquainted with the Hitchhikers' Guide to the Galaxy will be aware that this is where efforts to solve the great questions of the universe using immense amounts of computing power typically fall down, but we feel that in this case the question is tightly framed.

Just to be sure, however, before we hook your brains into our distributed neural cluster network - in much the same fashion that the hyperintelligent pan-dimensional beings whose protrusions into our continuum are known as "mice" went down into the great supercomputer called Earth to answer the Great Question - some notes on the competing groups:

Everyone is tolerably familiar with the black-clad mercenary martial-arts assassins of old Japan. Their trademark weapons are the shuriken throwing-star and a short sword resembling a samurai wakizashi, perhaps known as a ninjato. Special abilities: stealthiness, perhaps up to and including the ability to become invisible.

Kate Beckinsale in some sort of form-fitting rubber outfit with a brace of large pistols, probably having got a bit wet somehow. 'Nuf said.

A cheesy eastern European nobleman or Tom Cruise, with big teeth, probably wearing faultless evening dress and an opera cape. Special abilities may include turning into a bat, resistance to all normal weapons or attacks other than decapitation or heart-staking etc. You know the drill.

Imagine these chaps as a joint task force drawn from all the top real-world Tier One specwar units just now: SAS, SEAL Team Six, SBS, Delta Force etc etc. Whether you envisage them as also being able to call down some kind of terrible violence from B-2 stealth bombers or AC-130 Spectre gunships circling overhead, or perhaps cruise missiles from a submarine lurking off the coast - as they often can when on business in real life - is up to you.

You know what you're dealing with here: Mummerset dialogue, missing limbs and eyes, fondness for rum and parrots. Weaponry includes flintlock pistols, cutlasses and an array of other maritime cutlery. Often seen as a bit comical these days but remember what their real world models were: the likes of Drake, Frobisher, Hawkins and Morgan. Nobody laughed at that lot, and they could usually beat several times their own number of Spanish imperial troops at sea or ashore.

The bookies probably aren't favouring this lot, who may be little more than teenagers with particularly severe hormone problems.

Werewolves which Turn Into An Actual Invulnerable Wolf

Probably a more serious group, these, depending on how scary you think wolves are.

The Colonial Marines from Aliens

Basically a lot like regular US jarheads but in the future and in space. The title "Colonial Marines", however, may be somewhat inspired by the French Troupes de Marine, formerly known as the Troupes Coloniales*. Well tooled up with smartguns, flamethrowers, pulse rifles, body armour etc, and evidently backed up by some sort of orbital nuke option.

A motley contingent here, mixing Arnie-style T-101 Terminators, Cybermen from Doctor Who, the Borg, and similar meat/machine mashups. Purists would argue that Daleks ought to be lumped in with these, but on the other hand our previous bigdata trawls appeared to feel that Daleks should be a separate group.

Seemingly a lot more dangerous than your traditional shuffle'n'groaners, though still perhaps rather handicapped by a lack of weapons, organisation, invulnerability or any other really conclusive attribute.

A numerous mixed class, this, including most kinds of Terminator (T-101s would fall into this class when operating without any living cloak of human flesh), C-3PO from Star Wars, the Fembots from Austin Powers and many others. Often surprisingly heavily armed ("machine gun jubblies! How did I miss those, baby?")

Old-school undead. Despite being essentially a bit crap, they often seem to do better than you'd think due to sheer persistence, weight of numbers, not being bothered by anything much except a brain strike and - of course - infecting their enemies.

Probably really only in this for completeness. That said, when you have a lot of these people they become rather more menacing: you're looking at an angry homicidal mob with flaming torches, gardening implements, blunt instruments and probably quite a few more dangerous items such as power tools (the nailgun and chainsaw fanciers, for instance, being potentially quite effective), molotov cocktails, hunting weapons and so forth. Not a totally negligible quantity, then.

Red Bull does NOT give you wings, $13.5m lawsuit says so

Got what it takes?

The job's real, you get a personal trainer and unmissable one-second deadlines