To dissent is to 'climb the Reichstag dressed like Spiderman'... 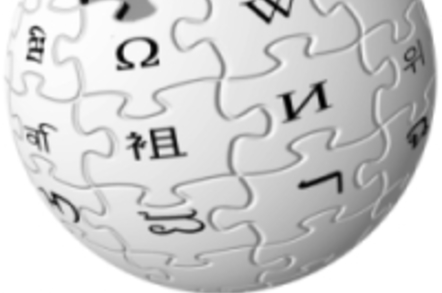 Wikipedia’s maximum leader Jimbo Wales has declared a new era at the online encyclopaedia. Rather than the unpaid volunteer community voting on what software it uses, it will have to use what the wealthy WMF Foundation tells it to use.

The community responded with what one veteran contributor described as an “unprecedented” barrage of hostility.

“I’ve never seen the community react like that. All deference has gone,” Andreas Kolbe told us.

There’s no mistaking the tectonic shift in power. The world’s sixth largest website, Wikipedia, has been cited as a model of production: books have been written about it, and politicians have been inspired by it to "crowdsource" policy-making. That era’s over, it seems, as Wales joined heated discussions on his talk page last week.

Wales arrived apparently offering a conciliatory position over the WMF’s decision to mandate the use of a new software tool, despite a vote to reject. “You’ve won,” said the Wikimedia chief, confirming the "Superprotect" order had been rescinded, and he proposed WMF make rollouts of software more gradual.

“I have personally been frustrated in the past many times with the disastrous product roll-outs that we've seen (I am not talking about MV, but I'm sure we all remember Flagged Revisions and the Visual Editor). [the latter Wales had promoted in the mainstream press] “And I want that to change…. peace is the first step, so let's chill.”

That’s not much of an endorsement for the output of the WMF’s 130-strong engineering team, whose salaries are powered by the $50m WMF gathers in donations. 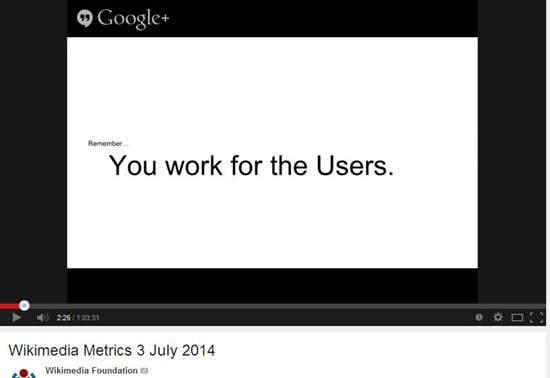 WMF's new executive director, formerly the chief product officer at SugarCRM, reminds the Foundation whom they're supposed to serve

But it quickly became apparent, in a set of increasingly hostile exchanges, that there was an iron fist in Jimbo’s furry glove.

“If you are not willing to participate in constructive dialog to move that forward because you are climbing the Reichstag dressed like Spiderman over MV, then you will be sorely missed. We are no longer in an era where voting to disable key software features is accepted.” [Jimbo Wales 22:18, 28 August 2014 (UTC)]

You what? responded Wikipedians... You can take your dodgy software and shove it (we're paraphrasing).

“‘The fight’ is not ‘over’ unless superprotect is abolished altogether from all Wikimedia projects. The Foundation has lost its face and the trust it once had and should therefore think about how to rebuild its reputation," wrote one [Aschmidt 22:18, 28 August 2014 (UTC)].

“All this other Jimbo talk about peace is really just throwing dust in the eyes of the fools. Jimbo's peace is just pax imperia,” responded another [JMP EAX (talk) 05:08, 29 August 2014 (UTC)].

Andreas Kolbe, a Wiki contributor who co-edits a site critical of Wikipedia, told us that Germans have always been less deferential to Wales than the English language contributors – or the UK media, which treats “the Man from the Internet” as a great humanitarian. (For example, like Andrew Marr, here.)

“Germans are more into creating an encyclopedia and have never bought into the Wales aura. That’s limited to the English-speaking world,” Kolbe claimed.

The latest flare-up over unsuitable software developed by the cash-rich Wikimedia Foundation is one of many. As Wales belatedly acknowledged, the WYSIWYG Visual Editor project was unsuitable for production use. The current row involves a Media Viewer that many regular contributors reject. And the next row is already brewing – over Flow, an attempt to make the site look more like Facebook. You can read more about that here.

This year the Wikimedia Foundation appointed an experienced software manager, Lila Tretikov, formerly of SugarCRM. She’ll have both hands full knocking the WMF into shape, so good luck. ®

Not surprisingly, Jimbo rejected our view that "If you’ve contributed for years to Wikipedia you must now accept a new political economy: you have permanent lower-caste status, and have simply been working hard for other people to get rich." Opined Wales [(talk) 12:29, 29 August 2014 (UTC)]: "[T]hat's just sheer unmitigated bullshit".

Outage at EE wrecks voice calls across the UK