CyberVor, huh, yeah. What is it good for? 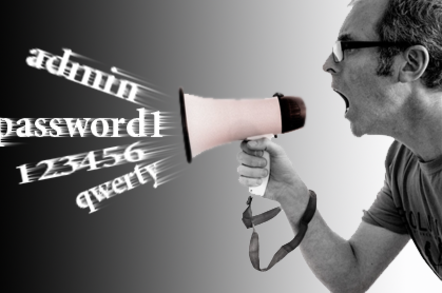 The CyberVor gang is reported to have amassed a vast stockpile of compromised login credentials for "1.2 billion" accounts, Hold Security warned in August. CyberVor appears to have lifted many of these passwords after breaking into 420,000 websites vulnerable to SQL injection attacks, among other techniques.

LA-based domain registrar and hosting firm Namecheap warned on Monday that hackers have begun using the list to try to access its users' accounts.

Namecheap said it had become aware of the ongoing assaults thanks to alerts from its intrusion detection systems of a "much higher than normal load against our login system [using] username and password data gathered from third party sites". Most of the attempts are failing but some appear to be getting through, prompting Namecheap to suspend accounts it fears may have been compromised as well as blocking IP addresses associated with the attack, as explained in a support notice by the hosting firm.

The group behind this is using the stored usernames and passwords to simulate a web browser login through fake browser software. This software simulates the actual login process a user would use if they are using Firefox/Safari/Chrome to access their Namecheap account. The hackers are going through their username/password list and trying each and every one to try and get into Namecheap user accounts.

The vast majority of these login attempts have been unsuccessful as the data is incorrect or old and passwords have been changed. As a precaution, we are aggressively blocking the IP addresses that appear to be logging in with the stolen password data. We are also logging these IP addresses and will be exporting blocking rules across our network to completely eliminate access to any Namecheap system or service, as well as making this data available to law enforcement.

While the vast majority of these logins are unsuccessful, some have been successful. To combat this, we’ve temporarily secured the Namecheap accounts that have been affected and are currently contacting customers involved requesting they improve the security for these accounts.

Asked why it thought the CyberVor data was been used to hack its systems, NameCheap told El Reg: "Early indications show it's likely (per the post, no definitive link is given) but we're still analysing the data."

Namecheap is convinced that the hack is linked to the CyberVor gang and not related to recent megabreaches such as the Adobe attack or the high-profile Target breach.

Our early investigation shows that those users who use the same password for their Namecheap account that are used on other websites are the ones who are vulnerable.

If nothing else, the hack against Namecheap underlines the danger of password re-use. ®