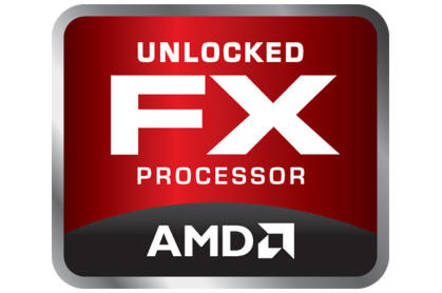 AMD has claimed another overclocking speed record for its latest eight-core CPUs, even as it tries to broaden the market for its chips for gamers and hobbyist customers.

The chipmaker said in a press release on Monday that the latest CPUs in its FX Series offer "productivity at superior price points," while also making AMD's eight-core processor designs available to customers with 95-watt motherboards for the first time.

The first of the company's three new desktop CPUs, the FX-8320E, is a 95-watt equivalent of the existing, 125-watt FX-8320. The lower thermal design point (TDP) comes at a slight sacrifice in clock speed, with the new chip offering a base clock speed of 3.2GHz, as compared to the FX-8320's claimed 3.5GHz. Both chips claim a maximal boost clock speed of 4GHz.

Next up is the FX-8370, a new 125-watt entry in the line that offers a base speed of 4GHz and a boost speed of 4.3GHz. And while those numbers might not sound like much compared to the 4.7GHz base and 5GHz boost of the top-of-the-line, 220-watt FX-9590, overclockers are apparently already having a field day with the new chip.

AMD is bragging that a Finnish overclocker going by the handle "The Stilt" has managed to push an FX-8370 all the way to an eye-watering 8.723GHz, which the company says is a new world record. The last time The Reg heard such a claim was in 2011, when a bunch of AMD-sponsored speed freaks rocketed a prerelease FX Series chip up to 8.429GHz.

Note, however, that while AMD generally turns a blind eye to CPU overclocking, it washes its hands of any warranty obligations should you fry your chip. Setting the 2011 record required cooling the processor with a combination of liquid nitrogen and liquid helium, so attempt it at your own risk.

Meanwhile, customers who aren't planning on pushing the envelope on clock speeds – or who are hanging on to a midrange motherboard – might be interested in the "power-optimized" version of the FX-8370, the 95-watt FX-8370E. Similar to the FX-8320E, this chip offers a lower base clock speed of 3.3GHz but the same 4.3GHz boost speed.

All three of the new processors are from the second phase of the FX Series, code named "Vishera," and each features eight "Piledriver" CPU cores.