400 stations in deal with China Unicom 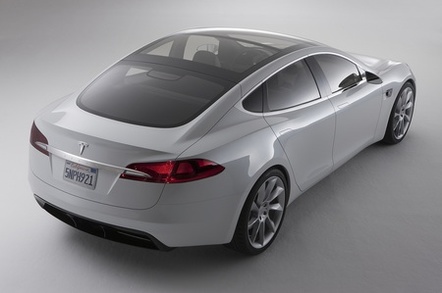 Tesla has announced that it intends to build a huge charging network in China: 400 stations in 120 cities, and 20 supercharging stations.

The company, which recently announced it had started work on a charging network in Australia, has told Bloomberg the network will be built under an agreement with mobile phone company China United Network Communications.

The charging stations will be built at China Unicom outlets, the company told the newswire.

Tesla is to provide the charging equipment, while China Unicom will provide the real estate. The Bloomberg story notes that the deal follows an earlier announcement by BMW, which is also building charge stations, attracted to China by the chance that the government will provide subsidies to help encourage adoption of electric cars.

According to Christian Science Monitor, all but the supercharger stations will be usable by other 'leccy cars. Tesla owners will get to charge their cars for free, following the model the company uses in other countries. ®

Updated What goes up, Musk come down, says SEC: Now CEO may have to pay high price