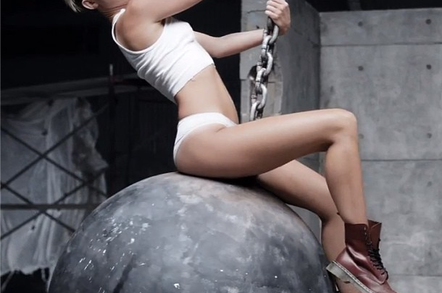 Offensively-and-dangerously-in-control of her sexuality popette Miley Cyrus has declared that social media is worse than drugs.

In an interview with Australian news magazine program Sunday Night ahead of a tour down under, Cyrus was asked whether her use of marijuana has deleterious effects on her health. Her response was to dismiss the notion and instead offer the following pearls of wisdom:

The paper hypothesises that the many opinions found online can expose people to ideas that challenge their world view, make them feel less exceptional and, when opinions are strident or include hateful content, offend them.

The paper concludes that “online networking exposes individuals to the risk of worsening people’s trust in others and therefore people’s life satisfaction.”

“This finding suggests the need to update social networking sites’ policies against hate speech and aggressive behaviors, as already requested by a growing number of advocacy groups, particularly focusing on gender- or race-based hate.”

Which sounds like just the kind of think poor Miley encounters from the haters.

At least she can go online: the paper also finds that those who cannot access social networks are in trouble, as they fall on the wrong side of an emerging digital divide. ®