Uber, Lyft and cutting corners: The true face of the Sharing Economy 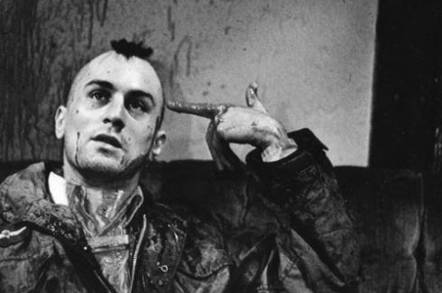 Analysis More allegations have emerged of dodgy tactics on the part of car ride app Uber and rival Lyft – this time relating to so-called "brand ambassadors".

Glossy gadget blog The Verge obtained and published the handbook Uber contractors allegedly follow to woo Lyft drivers, under something called Operation SLOG. Whether this is legal or not – it surely is – it’s quite revealing. Before we get to the reveal, though, let’s take a step back for a moment and have a look at what each business really is about.

The more we discover about their casual-labourer-driving-any-old-car business model, the more these car ride apps look like embarrassingly old-school*, cheapskate taxi firms. The "tech startup" and "sharing economy" labels are nothing more than gimmicks designed to swing web-smitten regulators in their favour.

(And yes, we mean you, Neelie Kroes.)

Accusations about dirty tricks on the part of Uber and Lyft first emerged in a CNN report earlier this month – we’ve a summary here. The news channel gathered evidence that the two firms were trying to sabotage each other’s businesses using bogus rides that were then cancelled.

Crucially, the two companies rely on casual labour – but the potential labour pool for “new economy” taxi firms such as Uber and Lyft is actually quite limited. This makes the casuals worth a premium; they just don’t know it. One more Uber driver is one less available to Lyft. This means very aggressive recruitment is very important, depriving a rival's ability to operate in a given location.

If Uber is indeed pursuing the aggressive policies outlined in the report, it will be in response to a "problem" that is entirely self-made: it arises from the nature of the labour pool from which unlicensed car ride firms choose to recruit their drivers.

Remember that there’s no magical technical w00 to Uber, such as a Retina display, or a unique algorithm. It isn’t really a technology company at all. The "sharing economy", "disruptive technology" are a cover story.

Uber is really an old-school taxi company whose gimmick is dipping into the casual labour market. It uses a pool of potential drivers who aren’t registered with licensed firms, and perhaps would never do so anyway.

Taxi licensing varies in each country and even in each city – but the never-before-casuals is universally applicable to wherever Uber operates. (In the UK, municipal authorities license private hire firms and generally let them get on with it; many authorities offer a privileged "Hackney Carriage" licence, allowing cabbies to pick up passengers from the street. But it’s different wherever you go. For example, in Italy, drivers can’t be hailed as they drive by at all.)

The private licensed taxi business is comparatively casual anyway, with many drivers falling in and out as they need to, and many require them to bring their own car. By contrast, London’s biggest firm Addison Lee provides its own cars, but registers its drivers as self-employed. They have to provide their own sick cover. So the trend towards "casualisation" started long before Uber.

Next page: The RyanAir of taxis?
Page:
Tips and corrections
54 Comments