Scality likes object storage, puts a RING on it... for the fifth time 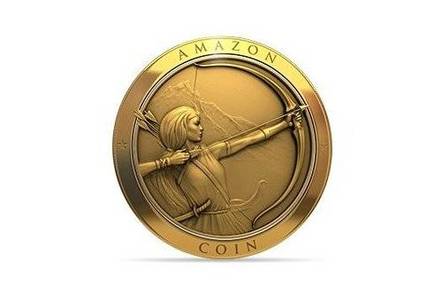 Scality announced v4.3 of its RING object storage software just a few weeks ago in July - read about it here. Version 5.0 software adds:

VMs can access their storage through VMFS or NFS and this, Scality says, is “very simple to deploy and maintain [with] no RAID, no LUNS [and] no volumes.”

It supports thin provisioning and has support for flash and SSDs and caching software. VMware VASA and VAAI (minus NFS) support will come in 2015 with VVOLs support following afterwards.

There will be a vCentre plug-in for VASA and VAAI so VM admin staff can configure the RING.

Scality says: “Performance matches EBS at 200 IOPS per VM (bursts to 3,000 IOPS) and scales out linearly to hundreds of thousands of VMs.”

It claims its cost per terabyte “is 10X less than AFA (all-flash arrays)” but then it uses disks to store data, so we would expect that.

Exablox supports VM-level access for SMBs but Scality is the only enterprise object storage supplier providing it, according to Scality product strategy director Philippe Nicolas.

The company says its software can be used for enterprise NAS, file sync and share and backup. It can protect data itself and also be a backup target resource for third-party backup suppliers, such as Veeam and others.

It claims all-flash arrays and VM storage appliances address different segments of the market, and are "silos", but Scality’s RING offers unified storage encompassing both – according to the firm offering tremendous economies of scale. Obviously the RING doesn’t have the performance of an all-flash array and if you need that, stepping on the RING won’t provide it.

With this release, Scality expands its addressable market for its object storage by speeding file and random IO operations and supporting VMs through familiar VM-level storage access protocols. As the need for its multi-petabyte capable data stores increase, customers should find the purchase decision easier because it supports their own focus on running apps inside virtual machines.

The firm claims it matches Amazon EBS performance-wise and says its cost is 10 times less than all-flash arrays. So what is its cost compared to Amazon? Not 10 times less – that’s for sure. You could conclude RING v5.0 provides VM-level storage access that performs as fast as Amazon and scales similarly but costs more, and is 10 times cheaper per TB than all-flash storage but doesn’t perform as fast.

Nicolas said: “Scality is good when performance is not the absolute need and has very good total cost of ownership.”

The company says it “is now unique in supporting key value data, POSIX semantics, and byte-range changes in block volumes, diversifying usage across many workloads and applications.”

A final thought: with competitor Cleversafe supporting Seagate's mystery 8TB drive and Scality already saying it has support for Seagate's Kinetic drives planned, we'd might theorise that Scality may support these 8TB drives too. Out on a speculative limb, we'd guess at five-platter shingled magnetic recording (SMR) drives with the Kinetic interface that are used for archiving data because of the write slowness implicit with SMR drives having a track-block erase-rewrite need. We're still awaiting specs. ®