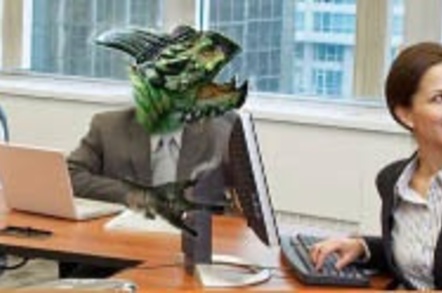 The hacker crew calling itself the "Lizard Squad" has followed up on high profile assaults on Sony over the weekend with online attacks on Xbox Live and Twitch, a broadcast platform for gamers.

Lizard Squad knocked out Twitch after launching a denial of service attack on the service on Tuesday night, but XBox Live proved more resilient to a similar assault, as the hacktivist group itself acknowledged in an update to its Twitter account on Monday.

The assault on Twitch ended after four Twitter users acceded to the groups demands to tweet selfies with "Lizard Squad" written on their foreheads.

The group also claimed to have taken the Vatican city website offline on Monday in a tweet, that, like several of its updates, alluded to sympathy with Jihadist group ISIS/ISIL. Whether or not Lizard Squad has any kind of affiliation or are just mentioning ISIS for the shock value remains unclear.

At the weekend, Lizard Squad claimed responsibility for an assault on Sony's PlayStation Network that reportedly threw some gamers off the network.

Sony initially claimed its network was stable before admitting that it had been hammered by a large-scale DDoS attack.

Meanwhile, the US flight of Sony Online Entertainment's boss John Smedley was diverted after Lizard Squad falsely warned there might be explosives onboard.

Sony, thanks to its hardline stance on copyright infringement, was among the earliest and most frequent targets of Anonymous. The hacktivist collective has disassociated itself from Lizard Squads' antics a Twittering rep saying it gave "zero fuck" about the former's assault on the Sony Network. ®