Lawyers will have to earn their keep the hard way, says court 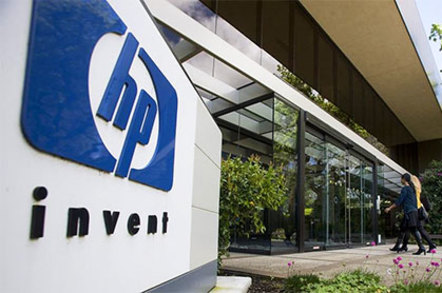 HP's plan to defend its directors in the Autonomy scandal – and present a united front against the Brit business's former execs and their auditors – has been thrown into doubt by a US judge.

Last month HP announced a settlement with lawyers representing its own shareholders, who had brought legal action against HP: the stockholders wanted to haul HP over the coals for writing down $8.8bn after buying UK-based Autonomy for $10.7bn.

That settlement would see shareholders drop their lawsuit in exchange for HP picking up their legal bills – with an upper limit of $48m – and exonerate past and current HP management in exchange for presenting a united front in a legal battle with Autonomy and their auditors in the UK.

"That's out," said US District Judge Charles Breyer with regard to the legal eagles hired by HP getting their pound of flesh, saying it didn't serve the shareholder's interests, Reuters reports.

In the court on Monday, HP's attorneys announced plans to sue not only former Autonomy execs but also the auditors who scrutinised the deal, Deloitte & Touche. The accountant said the claims were "utterly without merit and we will defend ourselves strongly against it."

Autonomy's chief financial officer Sushovan Hussain, whom HP has painted as the alleged villain of the deal, has been doing his best to kill the settlement. His attorney John Keker today declared the HP deal a "whitewash."

"This is a joke," Keker said. "If it were a carcass, animals would walk around it, it stinks so much." ®