Cracking copyright law: How a simian selfie stunt could make a monkey out of Wikipedia

Creativity can't start and end at the push of a button 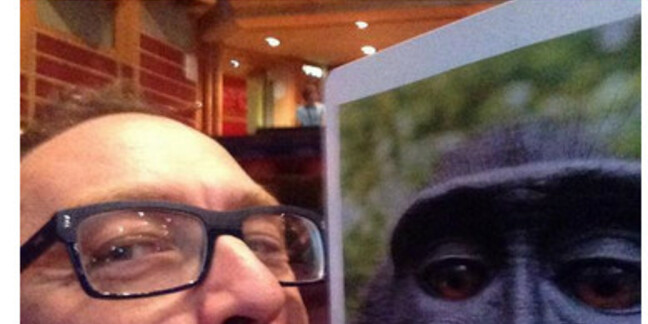 Analysis That so-called Macaca nigra monkey selfie isn’t in the public domain, no matter what Wikipedia wants you to think. In fact, the encyclopedia's stance on the matter could backfire and hit it in the pocket.

A photo sold by British snapper David Slater since 2011 hit the headlines again this month when Wikipedia refused to acknowledge Slater's claim that he owned the pic's rights.

Nobody had challenged Slater's ownership until now, but because a monkey pressed the shutter button and snapped the photo, Wikipedia reckons Slater has no claim of ownership.

This interpretation of the law coincided with Wikipedia’s annual gathering, Wikimania – the website has a long history of grandstanding on digital property rights. The prank was popular with attendees. 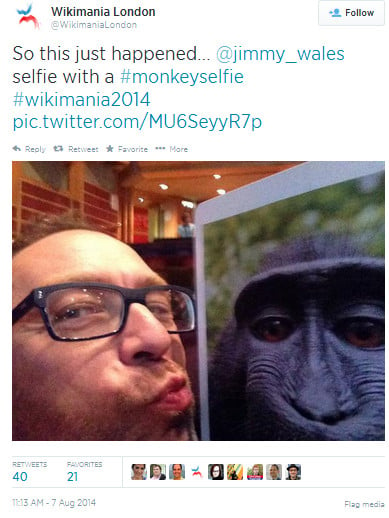 Slater has been obliged to hire legal help costing thousands of pounds to defend his work, arguing that Wikipedia’s continuing publication harms his livelihood.

The law isn’t hard to understand.

Unlike trademarks, which have to be registered to get protection, copyright is an automatic right. As the creator, you’re the owner. The Berne Convention – which the UK, US and many others have signed up to – enshrines this. You don’t even have to include a © squiggle. It's automatic.

The question is whether Slater fulfills the necessary criteria required to be protected by the law as the creator of the Macaca nigra snap. Serena Tierney, who heads the Intellectual Property practice at London law firm BDB, explains how it looks in the UK.

"An amount of intellectual input is required to be the owner," she said.

"This was considered in a 2012 case, referred to the Red Bus case – actually Temple Island Collections Ltd v New English Teas 2012. It involved two largely black and white photographs of Westminster Bridge with a red bus crossing it.

"The judge had to consider whether the first photograph was protected by copyright in order to decide whether or not it was infringed. He considered three aspects that are relevant to establishing whether the photograph was the author's original intellectual creation."

(i) specialities of angle of shot, light and shade, exposure and effects achieved with filters, developing techniques and so on; (ii) the creation of the scene to be photographed; (iii) being in the right place at the right time.

Slater doesn’t fulfill every single criterion – but then he doesn’t have to. He has to meet enough. As Tierney explains:

"If he checked the angle of the shot, set up the equipment to produce a picture with specific light and shade effects, set the exposure or used filters or other special settings, light and that everything required is in the shot, and all the monkey contributed was to press the button, then he would seem to have a passable claim that copyright subsists in the photo in the UK and that he is the author and so first owner,” she says.

“If Mr Slater is not the author, there is probably no UK copyright in the photo since it seems unlikely that a monkey could demonstrate that it had met the requirement that the intellectual creation be that of the author. This appears to be Wikimedia’s line.”

Next page: Whether you're on Team Slater or Team Jimbo, it's going to court
Page:
Tips and corrections
117 Comments

Same specs, but now it's a Pro