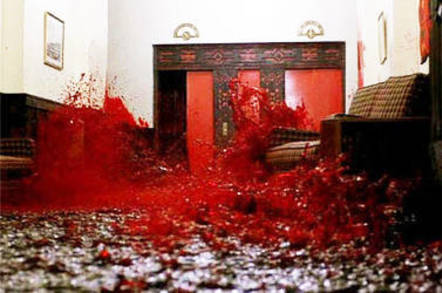 Comment Great beasts can be killed by a 1,000 cuts, bleeding to death from the myriad slashes in their bodies – none of which, on their own, is a killer. And this, it seems, is the way things are going for big-brand storage arrays, as upstarts slice away at the market with converged systems, virtual SANs, all-flash kit, hybrid devices, object storage, software-defined storage and the cloud.

Up until a few years ago, say around 2009, storage arrays ruled supreme, with monolithic, multi-controller arrays on the top of the heap: VMAX, VSP, DS8000, and dual-controller arrays beneath them – NetApp FAS, EMC VNX, HP 3PAR, and Dell Compellent for example. There were rumblings in the storage jungle from object storage, early flash arrays like those from Violin Memory, and scale-out filers like Isilon, but the rumbles did not take centre stage.

These were early signs that the classic storage array was under attack because it was becoming too limiting, complex and expensive for more and more use-cases.

Another indication was the rise of virtual SANs, software-only SANs like the one produced by LeftHand Networks, with LeftHand acquired by HP and the P4000 product emerging. Shared storage went through a renaissance, as had occurred with the previous emergence of Compellent, EqualLogic, 3PAR, XIV and others – all acquired and absorbed into the mainstream suppliers' product lines.

But soon developers and engineers realised that there really were other ways of providing shared storage that sorted out monolithic and dual-controller array issues and helped bring compute and storage closer together: