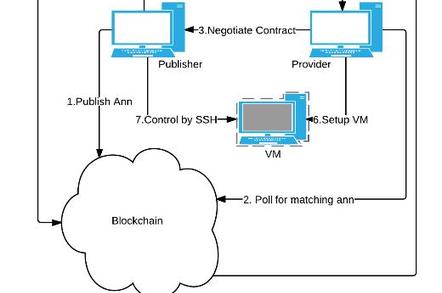 A group called Zennet wants to create a blockchain-managed market in which users rent out their spare processor cycles for a closed-shop crypto-currency.

The idea is a combination of two streams of thought: SETI@home and Bitcoin.

From SETI@home and other similar setups that have followed in its footsteps, Zennet wants to create a virtual supercomputer made out of the spare bits of processing on members' Internet-connected machines.

Zennet itself will run the market platform that handles the trades, letting Publishers hire computers from the Zennet network and handling the payment (along with transaction fees for XenCoin miners).

The step-by-step provided by Zennet explains how someone would get the computation they need:

A micropayments protocol in Zennet measures usage and transfers the coins that Bob and Alice have agreed on. The open-source-based system uses the lightweight Docker virtualisation tool, the Zennet-os Linux distribution, Zennet's own code to manage the containers, client daemons (Zennetd and Zennet-qt), the blockchain software (xencoind and xencoin-qt). The Phoronix benchmarking suite is used for benchmarking.

While Zennet doesn't envisage its XenCoin existing as a standalone crypto-currency, the organisation does say users could monetise XenCoin by using it to buy time to mine Bitcoins. ®