Kate Bush: Don't make me HAVE CONTACT with your iPHONE 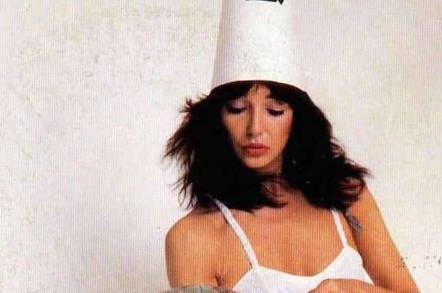 Warbling '70s pop sensation Kate Bush has urged fans not to take photos and video footage during her upcoming London gigs, which will be the singer's first live tour in 35 years.

The shows at the Hammersmith Apollo kick off next week, but Bush is already fretting about poorly captured images of her concert appearances being shared online.

The pop star, famous for hits such as Wuthering Heights and Hounds of Love, has politely asked fans to demur from using their fondleslabs and smartphones during the 15-night run.

She said in a "concert update" on her website:

I have a request for all of you who are coming to the shows: We have purposefully chosen an intimate theatre setting rather than a large venue or stadium.

It would mean a great deal to me if you would please refrain from taking photos or filming during the shows. I very much want to have contact with you as an audience, not with iPhones, iPads or cameras.

I know it's a lot to ask but it would allow us to all share in the experience together.

In 1979, when Bush last appeared on stage at the Hammersmith Apollo, the biggest distraction the singer might have had to worry about was cigarette lighters being waved in the air.

It's unlikely, however, that all Bush's fans will respect her wishes. Sadly, there are plenty of chumps out there who prefer to arm-achingly watch a live gig through their iPad or iPhone, just so as they can upload the fuzzy images to social media and pathetically gloat "look, I woz there"*. ®

* No, your correspondent DOES NOT have tickets to see Kate Bush :(