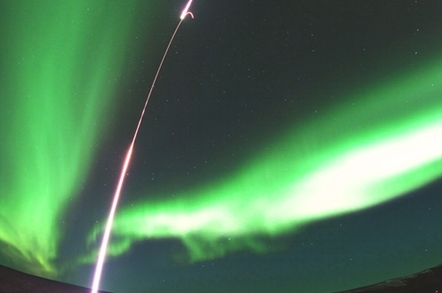 VMware hypervisor-caching software startup PernixData is gorging on cash from VCs as it ramps up development and its go-to-market efforts.

The company has gained $35m in a C-round of funding led by Menlo Ventures with individual contributions from Marc Benioff (Salesforce.com CEO and chairman), Jim Davidson (co-founder and MD at Silver Lake), and Steve Luczo (Seagate CEO and chairman).

PernixData, with its FVP product, is living up to the hype, having grown revenues 42 per cent quarter-on-quarter in its fiscal 2014 year, which finished at the end of July. It only started shipping in August 2013 so this is Q-on-Q growth from a standing start.

Poojan Kumar, PernixData CEO and co-founder, exults that "revenues ... were 50 per cent higher than any other enterprise software company during its first year of sales, handily beating the previous record in this space.”

We're told FVP is estimated to be accelerating approximately 120,000 virtual workloads worldwide. It has sold its FVP software to about 200 companies in over 20 countries, ranging from two to 300-plus node deployments. This is not bad for a single first year of shipping but it's peanuts compared to what's possible in the future.

Kumar wants Pernix to "deliver FVP globally to all virtualised data centres” and if it does that then a stratospheric exit beckons for the VCs.

Having an extra $35m is a huge amount of cash for a software company founded just 32 months ago, in 2012. It's had these funding rounds:

If it has spent its way through $27m by 2014, then its cash burn must be rapid. Contributing to its growing costs is a 160 per cent rise in headcount from fiscal 2013. It has to expand out from VMware to other hypervisors and, no doubt, do more than caching. That headcount number is going to grow a whole lot higher, we believe.

So too will the channel partner count – that's bound to increase from the current 250.

The company now describes itself as a server-side storage intelligence supplier, implying it's going to do a lot more than "simple" storage caching. Watch this space. ®