Money should go towards getting product to market 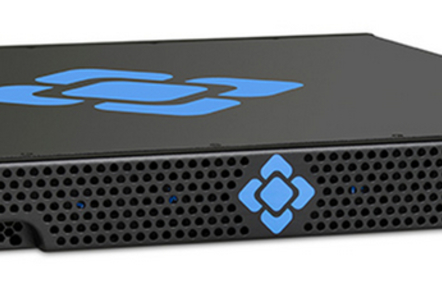 +Comment Skyera, the super-dense all-flash array startup, has acquired a new CEO at the same time as it scored an additional funding round from its strategic investors.

Former chief operating officer Frankie Roohparvar will be taking up the reins from today.

Skyera was co-founded in July 2010 by Radoslav Danilak, who was also the founder and chief techie of SandForce, the MLC flash controller company bought by LSI in October 2009 for $322m.

The other co-founder was chief architect Rod Mullendore. His background included experience at Brocade, and the now-acquired McData and Nishan Systems.

The company's SkyHawk array offers 44TB in a 1U rack mount enclosure. We understand Skyhawk uses 20nm MLC chips from Micron, which is ramping up denser 16nm chip production. We can hope for an even denser array than Skyhawk in the future.

SkyHawk's density pales in comparison to Skyera's SkyEagle which offers 500TB of raw capacity inside its 1U enclosure. It was announced in August last year.

Speculation about a CEO change began when Roohparvar appeared to have listed himself as Skyera's CEO on LinkedIn, a popular business networking website, last week. We contacted a Skyera spokesperson for comment and it confirmed this late last night.

Danilak does a classic founder side-step to being the chief techie. In this CTO role, his undoubted technology prowess can be focused on Skyera's technology with no business-building distractions.

The board is listed as Danilak, Roohparvar and ex-Brocade CEO Michael Klayko, who joined in January 2014. One Dado Banatao, managing partner at Tallwood Venture Capital, is mentioned as a board member, starting in February last year.

None of the other investors appear to have board membership.

What we have is a startup with brilliant hardware but a patchy record at turning that into good marketable products. If the board has indeed changed the CEO, perhaps this means chip boffin Danilak can focus on the hardware while Roohparvar gets the overall ship running better, balancing hardware engineering and software development, and marketing and selling the company's products more effectively, thereby enabling Skyera to fulfil its promise.

Frankie Rooparvar, a neophyte CEO with a whole bundle of flash chip and product development and exec experience at Micron, holds an amazing 495 US patents, so he’s a flash tech heavyweight – but he is no seasoned CEO. Perhaps the strategic investors see a need for blue chip flash dev credentials?

Our understanding is that Skyera was running out of cash and needed an infusion.

The amount of extra cash injected this time around hasn’t been divulged. We guess-timate a sum of between $10m and $20m – taking total funding to upwards of $90m to $100m. The extra cash has to pay for continuing hardware and software product development, and building out a sales and marketing infrastructure as the company sells its products into a highly competitive market.

The products have limited data management features and these will need to be developed energetically to provide functionality needed to be comparable to other all-flash arrays. Faster and more capacious hardware on its own will only get you so far.

Marketing is an apparent problem that Rooparvar will have to fix. Stephen Smith was a marketing VP until June 2012 when Tony Barbagallo replaced him. Since December 2013, there hasn't been a marketing veep listed in Skyera's management page.

Now Rooparvar has to repay the investors' faith, take Skyera's great hardware tech and build it and the company structure into a vehicle for selling that tech into a market needing faster access to shared array data. ®