e-Borders fiasco: Brits stung for £224m after US IT giant sues UK govt 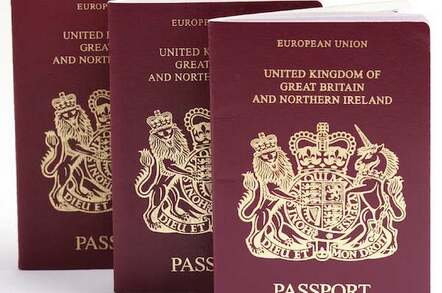 Brit taxpayers face a £224m bill in cancellation fees after the UK government scrapped a £750m contract for a passenger-checking computer system at its borders.

The contract for the e-Borders IT project, which is supposed to scrutinize the identities of people entering the country, was signed in 2007, back when the Labour Party was in charge. However, shortly after the Conservative-Lib Dem coalition took over in 2010, the powers-that-be canceled the contract with supplier US giant Raytheon, citing long delays and a non-functioning database of terrorist suspects.

Raytheon promptly sued the British administration for unfair termination, and after an extensive review, an adjudicating tribunal ruled in favor of the US defense contractor. In all, UK taxpayers now owe the American firm £223,595,459 – $373,996,945 – and they still don't have a fully functioning electronic system to check all travelers against known terror suspects.

"The tribunal's ruling confirms that [Raytheon] delivered substantial capabilities to the UK Home Office under the e-Borders program," the US contractor told the New York Stock Exchange after the tribunal's decision was announced on Monday.

Today, the e-Borders system is capable of checking the identities of 80 per cent of arriving visitors, we're told. It was designed to centrally store details of every journey into and out of the UK by 2014, and check passports against various watch lists. A new computer is being developed to supersede it.

"The Government stands by the decision to end the e-Borders contract with Raytheon," Home Secretary Theresa May said in a statement on Monday. "This decision was, and remains, the most appropriate action to address the well-documented issues with the delivery and management of the programme."

The UK government had inherited "a mess with no attractive options," May claimed.

"Continuing with the contract and trying to rectify the deep rooted problems was estimated at the time as likely to cost £97 million more than terminating it, even with today’s settlement," the Tory secretary of state added.

Her statement was primarily addressed to Keith Vaz, chairman of Parliament's Home Affairs Select Committee that scrutinizes the Home Office. On Monday night, Vaz said: "This is a catastrophic result."

"Minister after minister and successive heads of the UKBA told the committee that the Government was the innocent party and Raytheon had failed to deliver," the Labour MP continued.

"Raytheon informed us that the [UK Border Agency] UKBA had given them no benchmarks against which they were to perform. It is now clear that the UKBA didn’t know what they wanted from the e-Borders programme."

The Home Office has now asked the National Audit Office to undertake a review of the case to see if there are grounds for appeal and to identify flaws so they won't be repeated in future government contracts. Since similar promises have been made again and again over the past 30 years, don’t hold your breath. ®