Cops baffled by riddle of CHICKEN who crossed ROAD 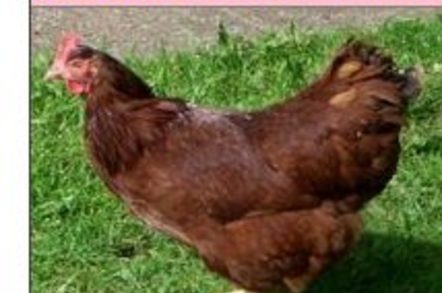 After several millennia of global dominance, the human species is still uncertain about the motivations of those chickens that choose to cross the road.

But last Monday, officers from the Portland Police Department got the opportunity to tackle this most insoluble of philosophical problems after a plucky clucker ventured into rush hour traffic.

At 5.45pm on Monday 11 August, North Precinct officers received a phone call about a chicken wandering across Highway 30 in Linnton.

The police announcement is headed "Officers Unable to Determine Chicken's Intent". And it goes on:

"This is not a prank call", the caller said. "There is actually a chicken trying to cross the road. It's really trying to go into the middle. I had to slow down to almost a complete stop."

Audio of police officers responding to the chicken trying to cross the road.

When the officers got there, the chicken had flown the coop.

A spokesman said: "Responding officers were unable to locate the chicken and fortunately there were no traffic crashes related to this unusual report.

"While 'chicken crossing road' jokes have been told for more than a century, animals in the roadway creating traffic hazards are no laughing matter."

Which brings us no closer to answering the immortal question of why poultry delight in parading from pavement to pavement. Any ideas? ®

That's a helluva lot of dosh for headrest screens