Fresh round of network stats fisticuffs possibly on the cards here 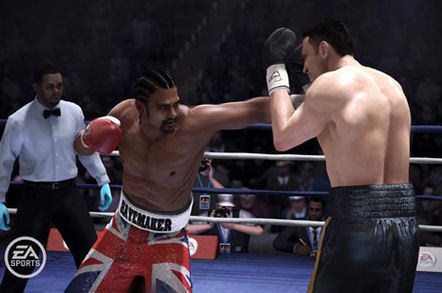 EE is still the best mobile network in the UK, but the others are catching up and Three is the one to watch.

This is the conclusion of the latest report from RootMetrics the mobile survey company which regularly looks at UK mobile coverage and is headed by Bill ‘Frappuccino’ Moore.

The previous survey descended into a war of words with Vodafone. The Newbury-based company has responded to the latest survey, saying:

Regular independent testing of our network shows that our customers are experiencing a significantly improving network every day due to our massive ongoing investment. We are spending £1 billion on our network and services this year alone to improve mobile coverage and network quality across the UK. We are modernising the network with the very latest technology, building thousands of new outdoor sites and deploying hundreds of indoor coverage solutions. This investment has already delivered an improved service for customers across the country and we expect their experience to get significantly better as the momentum of our Project Spring investment, combined with our better quality spectrum, accelerates over the next year.

Rootmetrics covered 25,000 miles split between urban (13,700) and rural (11,300) roads, although its definition of urban is a little generous as their map of London extends well beyond the M25. More than 920,000 test samples were collected while driving and at more than 1,200 indoor locations.

While not fully showing its working RootMetrics gives each network a “RootScore” and says that for the latest survey EE earned the highest Overall RootScore at 88.1/100; this was followed by Three (84.3), O2 (78.6), and Vodafone (77.8).

RootMetrics says that “Mobile internet performance in the UK is currently a two-horse race, with EE (85.5) ranking first and Three closely following (82.7). O2 (68.1) and Vodafone (67.0), meanwhile, each delivered improved RootScore results compared to the previous UK study. EE also came out on top for call and text performance, though all four networks showed strong results in both categories.”

An important part of the RootMetrics methodology is that it uses un-rooted, shop bought phones which it claims gives a more accurate user experience. The company says that it looks to find the best handset for each network.

The findings show that while EE still has an advantage as an historic consequence of having an early run at LTE, and has “double speed” 4G using carrier aggregation, the other networks are building out fast and catching up.

RootMetrics measures text and call performance by looking at how easy it is to get a signal and how good the networks are at hanging onto a call and found that. Vodafone moved up from last place in the second half of 2013 to tie with O2 for second place in the call category this time around. Whilst Three did well in the other categories, it moved down to last place in call performance. RootMetrics doesn’t say how it balances accessibility and reliability but we believe it to be 50:50. What isn’t measured is voice quality as we previously noted.

How fast does it go mister?

With all the data expressed as RootScores there are no figures for absolute speed or which networks are used. This is particularly important if you are trying to understand if it’s worth upgrading to 4G and only around 10% or the UK population has. Without knowing if your network is sacrificing 3G coverage to promote 4G you can’t rely upon the RootMetrics data to make a buying decision. Using customer phones is all very well but without access to the Layer 3 radio data you don’t really know what is going on. If the call never leaves the handset is it fair to mark down the network or is it an accurate reflection of the consumer experience?

Rival testers argue that they often look at the data underlying an effect and reject it from the mix as being misleading.

RootMetrics is coming under pressure from a number of other testing options. The German company P3 will be conducting a UK mobile coverage test in October, unlike the RootMetrics testing this is done with operator buy-in,P3 polls the networks with its methodology before commencing the testing. P3’s managing director Hakan Ekmen told El Reg that the P3 method was “The Standard in the market and accepted”, as a clear and transparent process.

P3 builds it's own test equipment and stuffs it in cars

Both P3 and US testing company GWS take issue with the RootMetrics approach of twenty four hours testing pointing out that networks do maintenance in the dead of night and it’s not a realistic way to measure performance. GWS tests from 6am to 9pm and P3 from 8am to 8pm.

Both GWS and P3 look at voice quality and give absolute figures for download speeds. P3 uses equipment it makes itself and operates in 57 countries, with a few of those being done by operator customers but the vast majority being P3 operated. CEO of GWS, Dr Paul Carter described the RootMetrics testing as "A bit of fun", but not serious engineering. 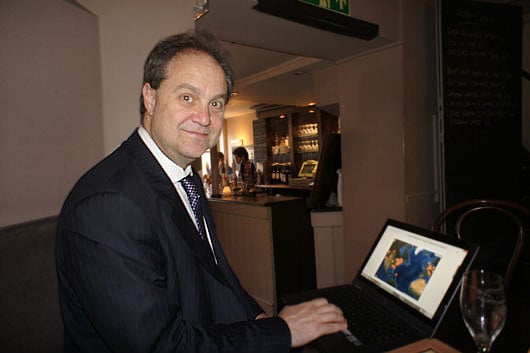 Dr Paul Carter of GWS, talking to The Register

GWS, meanwhile, is a major player in the US where it does a huge amount of testing for the US networks. The Register has also been working with GWS on a special project. More very soon. ®

Neither GWS nor P3 have any expertise in coffee-based beverages to rival that of RootMetrics, as far as we know.