Xerox? Pff, not even in the same league as His Jobsiness 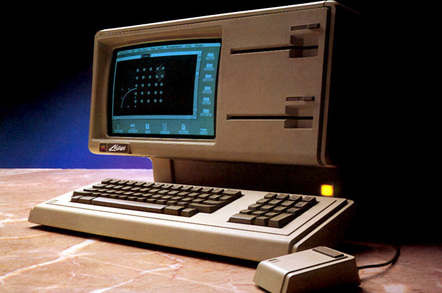 Steve Jobs was well known for the size of his cojones, but it turns out that his former employer Atari had even better balls than him.

In fact, it was these balls that inspired the first ever Apple mouse, the man who designed the first fruity iRodent has confessed.

Jim Yurchenco, a retired engineer now in his dotage, was part of the design team that worked on the mouse which controlled the Apple Lisa.

He shared a few of his memories with Wired as he prepared to hang up his stylus.

At the time of the Apple mouse saga, Yurchenco was a fresh-faced Stanford graduate working for startup design agency Hovey-Kelley, co-founded by his old university pal David Kelley and one Dean Hovey, who happened to be a friend of Steve Jobs. Yurchenco was tasked with creating a control device after Jobs spotted a Xerox mouse during a tour of its facilities.

“It was obviously way too complicated for what Jobs needed, which was a really low cost, easily manufacturable, reproducible product for consumers,” Yurchenco remembered.

Naturally, what Jobs wanted, Jobs got. Yurchenco went away and analysed the trackball used on Atari arcade games in the hope of designing a better, cheaper mouse. The Atari machine used optics to track the ball's movement, which required fewer moving parts, and was generally simpler than the $400 Xerox gizmo.

In contrast to the arcade giant's ball of joy, the Xerox mouse used a complex mechanism which required a small ball to be pushed down on the tabletop. Its movement was then measured by a complex array of mechanical switches. While this solved the problem, it was still far too complicated to meet Jobs' specification.

Yurchenco was, however, impressed by the Atari model and decided to use it as inspiration to create his own model.

Just like so many people we all know and love, the designer wasn't really bothered about pinpoint accuracy - something that is important when assassinating virtual enemies, but not so important when trying to open a word processor.

The relative simplicity of this design meant the mouse was cheaper to produce - a boon for Apple.

“It was a couple of very simple insights, when you get down to it, that drove how the thing would behave,” Yurchenco added. “And that determined how you’d design it.

“They had a pretty good run. There were probably billions of those suckers made,” Yurchenco snickered. ®