EU justice chief blasts Google on 'right to be forgotten'

Don't pretend it's a freedom of speech issue – interim commish 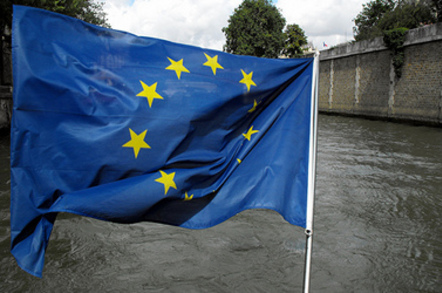 Europe’s caretaker Commissioner for Justice says Google et al are trying to throw a spanner in the works of data protection.

Speaking at an event in Lyon on Monday, Martine Reicherts, who was appointed Justice Commissioner when her predecessor Viviane Reding became an MEP in May, said certain parties are “trying to use the recent ruling by the European Court of Justice on the right to be forgotten to undermine” reform of Europe’s data privacy laws.

“I will not let them abuse this crucial ruling to stop us from opening the digital single market for our companies and putting in place stronger protection for our citizens,” she continued.

However, it won’t be Reicherts who has any say in that, as she will not be a part of the new Commission taking over at the beginning of November.

That has not stopped Reicherts from lambasting “search engines such as Google” for complaining, however. The Justice commish has said they cannot expect the economic benefits of their position without the responsibility.

In May, the European Court of Justice (ECJ) ordered Google to delete links to outdated information about a Spanish national after he argued it was no longer relevant or representative of him. This led to a massive amount of media speculation that the court has created an absolute “right to be forgotten”.

But Reicherts said that claims the ruling is leading to – or even encouraging – violations of the freedom of expression and the freedom of the media were false.

“A sober analysis of the ruling shows that it does in fact not elevate the right to be forgotten to a ‘super right’ trumping other fundamental rights, such as the freedom of expression. This ruling does not give the all-clear for people or organisations to have content removed from the web simply because they find it inconvenient,” she said.

“This means that each case will have to be assessed on its own merits. Factors to be taken into account include the type of information in question, its sensitivity for the individual's private life and the interest of the public in having access to that information,” she continued.

However the Commissioner did not address the concerns of many civil liberties groups, which maintain it should be courts and not private companies such as Google, Yahoo and Microsoft that are making these case-by-case decisions.

The so-called "right to be forgotten" is part of the ongoing reform of Europe’s data protection laws that currently date from 1995. A new Data Protection Regulation has been approved by the EU Parliament, but still needs the backing of EU member states, some of whom – notably the UK – have been stalling.

At the European Council at the end of June, member states said they wanted “a strong EU General Data Protection framework by 2015” but made no commitments for putting it in place.

The draft of the new law includes higher fines for breaches of data protection law in the EU: up to 5 per cent of worldwide revenue or a fine of €100m, whichever is greater. The original draft of the text had called for a 2 per cent penalty, but the European Parliament decided to raise it.

Reicherts welcomed this: “If a company has broken the rules, this should have serious consequences. Yet so far, the fines European data protection authorities can impose are very low. For giants like Google, they are just pocket money.” ®

Cheers Ireland! That sorts our Safe Harbour issues out – Dropbox

Safe harbour ruling: RELAX, Facebook and Google will be FINE!