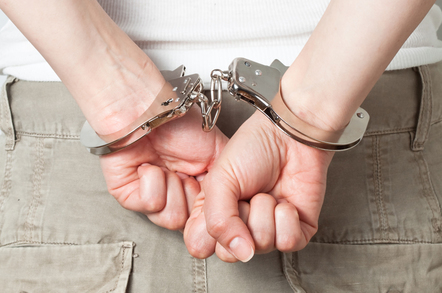 Seven Apple store employees, and a worker at Best Buy, have been arrested and charged in Florida for allegedly selling stolen iPhones.

The seven Cook & Co staffers worked at the Apple Store in Fort Lauderdale, and are accused of working with phone thieves to exchange 600 stolen mobes for legitimate handsets. Police estimate the alleged scam netted the gang's leaders more than US$500,000.

According to the cops, when a thief brought a stolen phone into the store, an employee would ring his contact at Best Buy, get the serial number for a legitimate phone from its inventory, and use that to identify the purloined mobe, since phones reported as stolen can't be officially swapped. Staff were paid between $45 and $75 for each fraudulent transaction, the plod allege.

Apple launched a probe after its internal audit team noticed that certain staff members were handling an unusually high number of exchanged handsets, and the police were called. Initially, the cops arrested six Apple employees, including the alleged ringleader, Devon Persad, 26, and a seventh member of the team has since handed himself in to the police.

The police are still looking for the phone thieves who were responsible for the non-retail end of the alleged scam but have so far had no luck. ®