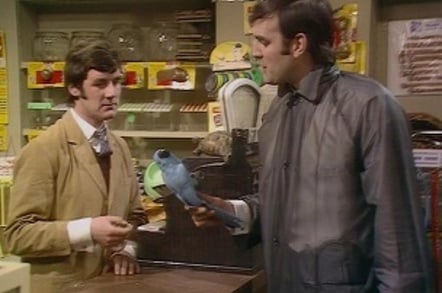 Edward Snowden–endorsed cloud storage provider SpiderOak has added an additional safeguard to ensure that its users' data doesn't fall into the hands of law enforcement without their knowledge, in the form of a "warrant canary."

The term takes its inspiration from the practice of bringing actual canaries into coal mines that could potentially be filled with invisible noxious gases. If the bird drops off its perch, you know something's wrong.

Similarly, a warrant canary is a device that's designed to let you know that something has gone wrong with an online service, even when there are no obvious signs of trouble. In this case, "trouble" means the service provider has been ordered by a court to turn over user data, but a gag order prevents it from disclosing that fact.

The service provider can't tell you that a secret warrant exists. But it can stop telling you that everything's OK – drop off its virtual perch, if you will.

In SpiderOak's case, the "canary" will take the form of a web page that's refreshed periodically with a message explaining that everything is hunky dory, along with a newspaper headline to help verify the date it was last published.

"The canary will be around as long as everything is going smoothly, otherwise it's not going to be updated in the expected timeframe," the company explained in a blog post announcing the new policy.

The canary message will be digitally signed by three separate SpiderOak staffers, who will be chosen based on their geolocations.

"So besides doing all the legal (or illegal) things an adversary would need to do to get a backdoor somewhere in SpiderOak, they'll also need to compel 3 people around the globe to sign a message at a specific moment in time," the company said.

SpiderOak has lately differentiated itself in the hotly contested cloud storage market by making security and privacy a priority. In July, it got a thumbs-up from NSA leaker Edward Snowden, who praised its "zero-knowledge" privacy policy and said that rival service Dropbox was a "PRISM wannabe" in comparison.

The Electronic Frontier Foundation has also endorsed the firm in its annual report of "companies that have your back" when it comes to government data requests.

If there's a catch to SpiderOak's plan, however, it's the interval between canary updates. Initially it thought refreshing it monthly would be a good idea, but then it decided that was too short a period, because it would likely take longer than a month to fight a warrant in court, where possible.

"In cases such as SpiderOak, killing a canary can quite possibly mean killing the business, so we switched to publishing the canary every 6 months," the company said. "It indeed sounds like a lot of time, but it's the best compromise we've found."

SpiderOak says canary updates will be published on the company's official blog under the category of Status Reports. Changes to the canary policy or other material updates, such as staff changes, will be published the same way. The latest canary will also be available at a static URL, here. ®