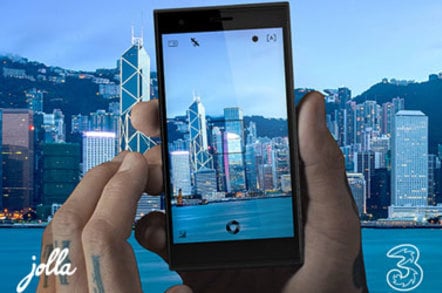 Dented Linux mobile OS Sailfish has taken a new route to market as Three in Hong Kong prepares to start selling the smartphone-that-could-have-been from Jolla.

The Linux-based OS has had a tortuous history. The open source OS, based on the MeeGo operating system, was first developed, and then dropped, by Nokia. Since then it has been picked up by a crew of ex-Nokians and seen limited distribution.

Three Hong Kong is the first Asian network to launch the Finnish smartphone and is touting Jolla’s button-less, gesture-based user interface – and its smart cover, which it calls “The Other Half” – to entice customers to buy it too.

In the usual press release quote, Hutchison Telecommunications Hong Kong Holdings' chief operating officer Jennifer Tan said: “We are thrilled to be the first in Asia to bring the Jolla smartphone that runs on the Sailfish OS to 3 Hong Kong customers... Fast and unique user experience can be achieved via Three Hong Kong’s high-speed and extensive 4G LTE network and Jolla’s Android application compatibility.” 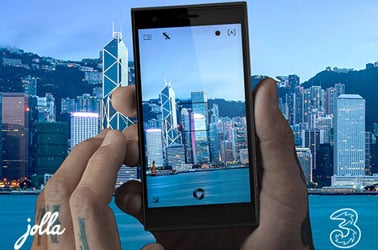 Which, in Saarnio's view, kind of places Sailfish above BlackBerry and Windows Phone.

Three Hong Kong is selling the phone for HK$2,888 on its website, a price no doubt chosen to reflect the Chinese love of the number 8 which is regarded as “lucky”. That translates into a similarly symmetrical £222. The Sailfish mobe is free on various contract tariffs. The first few customers get three free covers thrown in as well. ®