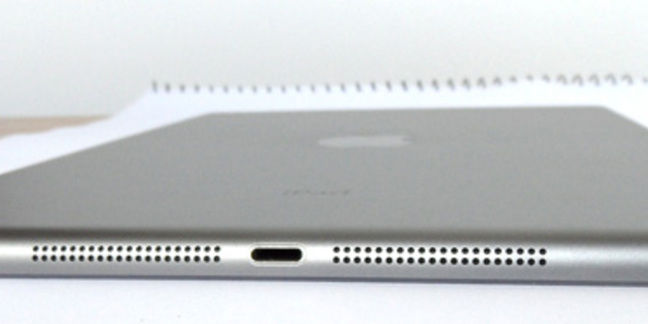 Apple has reportedly sent the designs for two new iPad models to its manufacturing partners to begin production on the "one large, one small" pair.

A report from Bloomberg, citing unnamed sources, says that Apple has kicked off manufacturing operations.

According to Bloomberg, the factories will be building both a 7.9-inch and 9.7-inch iPad. An unveiling and release for the larger model would take place early next quarter and the 7.9-inch iPad would reach consumers by the end of the year, it said.

The manufacturing kick-off would fall in line with previous timelines used by Apple to release new iPads. The company typically opts to post the new tablet models just before the holiday shopping season kicks off to further boost sales.

The new iPad models could be the first to be shipped with integration for IBM enterprise software. Apple signed a deal with Big Blue earlier this year to port a number of IBM software packages as native and optimized iOS applications.

The deal will also see IBM sign on a retail partner, selling Apple hardware to businesses through its retail sales channels.

If true, an upcoming iPad overhaul will be sorely needed in Cupertino. The company has seen shipments of its prized fondleslab slip in recent months, leading the company to report the first ever year on year drop in revenues for iPad.

Apple has also been losing ground to rivals in the tablet space. Despite maintaining the overall lead in shipments ahead of Samsung, the company was found by research firm IDC to be losing market share to rival Android tablet vendors. ®