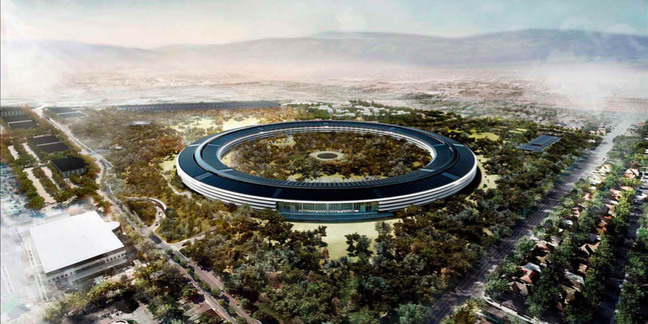 A trio of employees, none of whom were willing to go on the record with a name or position, described the top-secret university Apple uses to indoctrinate new hires.

According to their whispers to the New York Times, Apple maintains its training academy as a fully staffed year-round operation, complete with former professors as instructors and a set of courses for workers in various levels and departments.

The leakers go on to state that the training program, like much of Apple's corporate culture, was implemented at the behest of co-founder and longtime CEO Steve Jobs. The late biz baron was bent on shipping expensive yet elegantly simple gear, a sentiment evident in the training curriculum.

According to the NYT, the training includes, among other things, the presentation of Pablo Picasso's eleven-part Bull lithograph series. The aim of the lesson is to show staff the value of minimalist designs that do away with all but the basic and most necessary elements.

Those same principles go into the design of many Apple products, we're told, and have given the company a reputation for making easy-to-use streamlined kit, such as its iPhones and iPads. (The iTunes team may have accidentally missed the class, but what do we know?)

Says one employee quoted in the report: "Even the toilet paper in the bathrooms is really nice."

That Apple would keep such a tight lid on its training program comes as little surprise to those familiar with the secretive nature of the company. The Zune-killer of Cupertino keeps strict control over the flow of information, and everyone from former executives to departed call center employees will say little about the inner workings of the company.

Even Apple's media relations team is notoriously frugal with its words in providing statements and information to the press.

While Apple's employee training is by all accounts supremely plush, its treatment of some employees after their hiring has landed Apple on the wrong end of a wage-fixing judgment.

Still, it's hard to argue with the methods of a tech giant that posted a $7.7bn net income in its latest financial quarter. ®