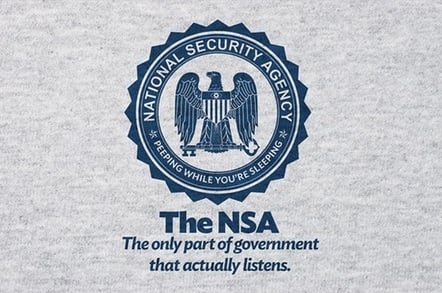 Defcon 22 A killer combination of rapidly advancing technology and a desire for greater privacy among the public should condemn current surveillance state to an historical anachronism, according to PGP creator Phil Zimmermann.

In an extended talk at Defcon 22 in Las Vegas, Zimmermann said it might seem as though the intelligence agencies have the whip hand at the moment but mankind had faced this situation before. He also said the abolition of slavery and absolute monarchy, and the achievement for civil rights, also once looked unlikely but were achieved.

Zimmermann praised the release of information by NSA whistleblower Edward Snowden, saying his efforts have alerted the populace to the real state of affairs and made people much more concerned about privacy. The revelations had also forced the technology industry to “up its game” and provide products to meet that demand, he opined.

Back in the 1990s Zimmermann said he had seen this in action. The US government had banned the sale and export of strong cryptography and viewed those who used it with suspicion. Today, not using strong crypto is suspect, and illegal in some professions if it risked patient or customer data.

Back in the day Zimmermann claimed RSA had complained to the federal government about him and PGP, triggering an investigation that nearly led to jail time. But the increasing use of PGP, plus some common sense from politicians had resolved the situation in society’s favor.

He cited former Attorney General John Ashcroft, who in the 1990s was in Congress and a strong supporter of cryptography. In the wake of September 11 Ashcroft had removed a lot of civil liberties Zimmermann said, but he’d left crypto alone.

In the present day, Zimmermann’s said his current business, the encrypted mobile phone firm Silent Circle, is having the same effect. The US government had never asked him to put a backdoor in Silent Circle phones, mainly because Congress, the police, army and some members of the judiciary were already using them and didn't want to be vulnerable themselves.

"I remember getting a call from the office and hearing that the FBI had marched in the front door," he told the crowd. "I thought the hammer was coming down, but it turned out that they wanted to discuss volume pricing so they could equip their agents."

Once people get used to the practice of privacy they will rebel if politicians try to take it away from them, Zimmermann opined. He pointed out that if the government decided that everyone using SSL for internet banking had to be routed through a surveillance proxy people wouldn't stand for it.

But before Defcon attendees got their hopes up Zimmermann warned them that there was a long road ahead. In Silent Circle’s case the company wasn't planning to push its technology to US telecommunications companies. Instead it was winning over European firms to build momentum, and has already signed up Dutch telco KPN.

Companies were waking up to the fact that there is money to be made in providing privacy, and that market demand will be critical in reining in the surveillance state he said. In the meantime it was up to the technology industry to give people the tools they wanted and drive public policy forward. ®