Flying United Airlines? If you could just scan your passport with your phone, that'd be great

New trial launch – but pack your paper for the TSA 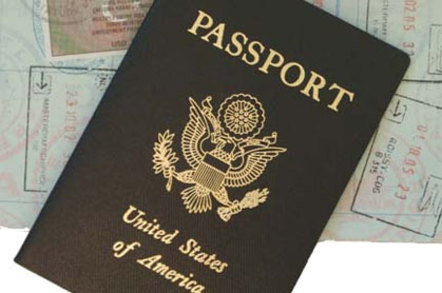 United Airlines is testing a passport-scanning feature in its phone app that could speed up the check-in process for international flights.

The biz's iOS and Android software will allow passengers to upload an image of their passports within 24 hours of their departure and access their boarding pass.

United said the system is similar to phone-banking apps that let customers snap photos of checks in order to make deposits. The passport scans are verified by outsourced identity checker Jumio, a VC-backed Californian upstart. So absolutely nothing to worry about there.

United claims the new feature will make it the first US carrier to offer passport check-in via mobile phone. While most airlines now allow passengers to check in online or with handheld applications, international flights typically require a passport check.

That is not to say, however, that you can now leave your paper passport at home. The phone image will not pass for TSA identification during screening, and other travel credentials such as visas will still need to be shown the old-fashioned way.

United is not alone in exploring the idea of passport-on-mobile. Last year, staff with the UK Home Office experimented with possible applications for using NFC-equipped mobiles with chipped passports. ®