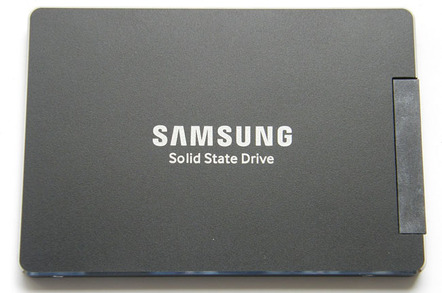 Samsung has followed its 2012-era SM1625 SDD with the SM1623 model, and promised next-generation SAS SSDs are coming in the near future. What can it mean?

Sammy says its endurance is around one full drive write a day; the thing is optimised for read cycles, clearly. It is classed as an enterprise SSD, by the way, like the previous SM1625.

What does next-generation SAS SSD imply? The SM1623 is a next generation offering, in NAND cell size terms, compared to the SM1625. Are we to expect a sub-1Xnm-class offering?

At the flash memory summit Samsung has been talking about V-NAND SSD with 32 stacked planar layers, promising much higher capacity than planar or 1-layer SSDs. The near future to us implies within the next three months.

The net:net of this to us is that we might be hearing about a high-capacity V-NAND SAS SSD reaching, perhaps, 4TB of capacity. We're all agog. ®