Out-of-date, unsafe ActiveX controls to be blocked starting next week 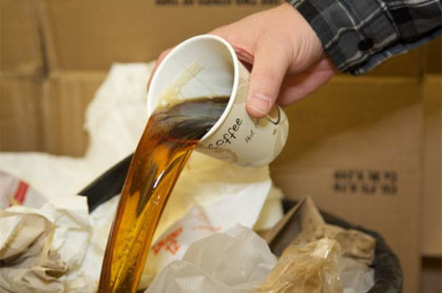 Internet Explorer will soon join its rival browsers by automatically blocking old, insecure add-ons – and it's got its eye set squarely on Java.

Microsoft said on Wednesday that starting on August 12, Internet Explorer will begin alerting users when web pages try to launch ActiveX controls that are considered out-of-date and potentially insecure.

The change mirrors similar features found in competing browsers, including Chrome and Firefox, both of which already block out-of-date and unsafe plugins.

Microsoft will maintain the list of verboten ActiveX controls itself and will update it as new versions are released or new vulnerabilities are uncovered.

What's interesting, though, is that when the blocking feature launches later this month, Redmond's blacklist will consist of but a single culprit: Oracle's Java ActiveX control.

And not just one or two versions of the add-on will raise the alarm, either. Microsoft has flagged every version from all but the most recent patch levels of the Java SE platform, going all the way back to Java SE 1.4.

While that may sound harsh, it's actually generous. By comparison, Firefox 24 and later have defaulted to "click to run" behavior for all versions of the Java plugin, including the most recent releases.

It makes sense when you consider that Cisco's most recent security audit report found that 91 per cent of all web-based exploits in 2013 took advantage of Java vulnerabilities. Microsoft's own research pegs the figure at between 84.6 and 98.5 per cent.

In addition to stopping old ActiveX controls from running automatically, the blocking feature can also present the user with a button to update an offending control to the latest version.

Some extra features – including extra logging, disabling the user's ability to override the blocking, whitelisting certain domains, or disabling the blocking feature altogether – are available on managed systems via Group Policy settings.

There will be some exceptions to IE's ActiveX blocking feature, though. For starters, it won't apply to the Local Intranet Zone or the Trusted Sites Zone – so you'd better hope no insiders start lobbing Java web exploits at you.

Equally important, the feature is only coming to recent versions of Microsoft's operating system and browser. Only IE8 and later will get it, and then only when they're running on Windows 7 SP1 or Windows 8.x.

IE users of Windows Vista and earlier who encounter Java web exploits will never know what hit them – just like before. ®